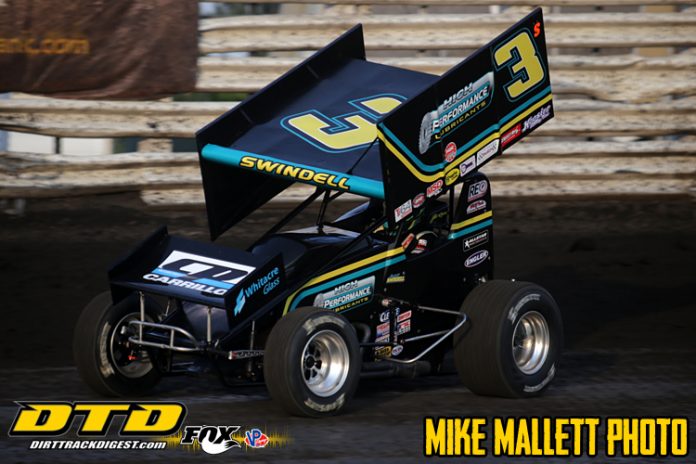 LITTLE ROCK, AR – As has been the case for the past 30 years, I-30 Speedway’s COMP Cams Short Track Nationals presented by Hoosier Tires will once again offer up the most bang for the buck for those eager to watch the best in Sprint Car racing.

The 31st edition of the Short Track Nationals set for October 4-6 atop the high-banked, ¼-mile I-30 Speedway clay oval now has tickets available for just $20 for the Friday night, October 5, preliminary and $28 for the Saturday night STN championship finale. Children ages 6-12 are just $1 each night with Pit Passes available for $35 each night.

The Thursday night, October 4, portion of the event will feature a Test ‘N Tune session that leads into Friday’s full card of preliminary action that offers up $2,500-to-win and $250-to-start the feature.

This year’s STN Saturday night championship finale will now culminate with a $10,000-to-win, $800-to-start 41-lap championship feature in honor of 2006 STN champion Jason Johnson. The popular Red Shirt Dash in honor of Lanny Edwards will be a highlight of the Saturday finale as well.

Entry fee for this year’s edition of the Short Track Nationals will be just $100 with a free driver pit pass for Friday and Saturday.

Last October, Sammy Swindell made it back-to-back STN wins to become the first five-time winner in event history. Swindell’s back-to-back triumphs in 2017 and 2016 go along with previous wins in 2013, 2011 and 1990 eclipsed Gary Wright’s previous event record of four triumphs.

Ticket information for the event will be available soon.

The Tickets: Day of show prices are $20 on Friday and $28 on Saturday plus a $1 processing fee per ticket if paying by credit/debit card.

Children’s tickets will be available at the event only for just $1 on both Friday and Saturday plus a $1 processing fee per ticket if paying by credit/debit card.