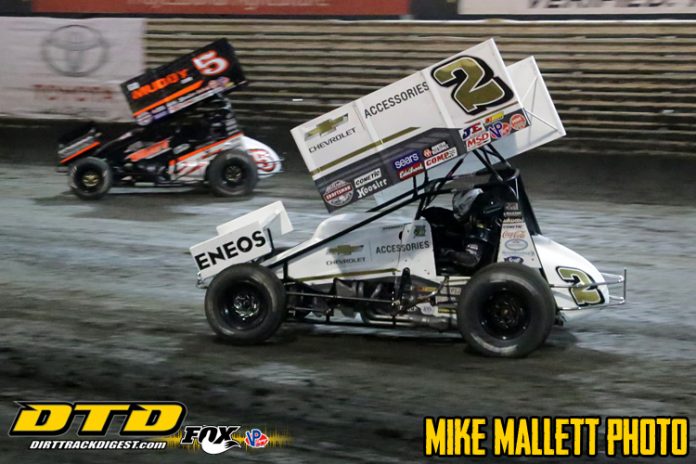 KNOXVILLE, IA – Following a sold-out crowd on Saturday of the 58th Annual 5-hour ENERGY Knoxville Nationals presented by Casey’s General Store, Knoxville Raceway officials immediately began discussions on changes to the event for 2019 and beyond. After consulting fans, drivers and partners, two changes will be made to the Friday format of the 410 Knoxville Nationals.

After 25 years of international competition, the SPEED SPORT Challenge will no longer be held at Knoxville Raceway. The exhibition race featured international drivers competing in the 5-hour ENERGY Knoxville Nationals presented by Casey’s General Store against American drivers who competed in the Grand Annual Classic at the Sungold Stadium Premier Speedway in Warrnambool, Victoria, Australia and was held annually on Friday night of the 410 Knoxville Nationals.

“No decision we ever make at Knoxville Raceway is done without thorough conversations and input both inside and outside our office walls,” said Knoxville Raceway director of marketing Kendra Jacobs. “Ending 25 years of tradition with the SPEED SPORT Challenge was not an easy decision. We appreciate our partnership with David Mills and everyone at Premier Speedway and will continue to work with them in the future. Thank you to Roger Johnson from KELE and Tom Schmeh and everyone else who had a hand in creating this event to honor international competition.”

Friday continues to be a pivotal night of racing action in the 5-hour ENERGY Knoxville Nationals presented by Casey’s General Store. Following format changes in 2012, drivers who find themselves not locked into Saturday’s A-Main have a “second chance” to qualify for the finale. The top-four finishers in Friday’s feature event have previously made up positions 17-20 in Saturday’s A-Main. Beginning in 2019, the four transfers will now start 21-24.


“We’re always looking for ways to improve our show for the fans, drivers and partners,” said Knoxville Raceway race director and promoter John McCoy. “We looked at the format on Friday and realized that the top-four finishers starting positions may need to change to make the starting positions fairer for the drivers who had more points on their qualifying night. Drivers voiced their concern as well. We listened and agreed.”

The 59th annual 5-hour ENERGY Knoxville Nationals presented by Casey’s General Store will be held August 7-10, 2019. Four-day ticket renewals will be available starting on October 1. Tickets will be on sale to the general public starting on December 3. More information can be found at www.knoxvilleraceway.com, at the Knoxville Raceway ticket office or by calling 641-842-5431.