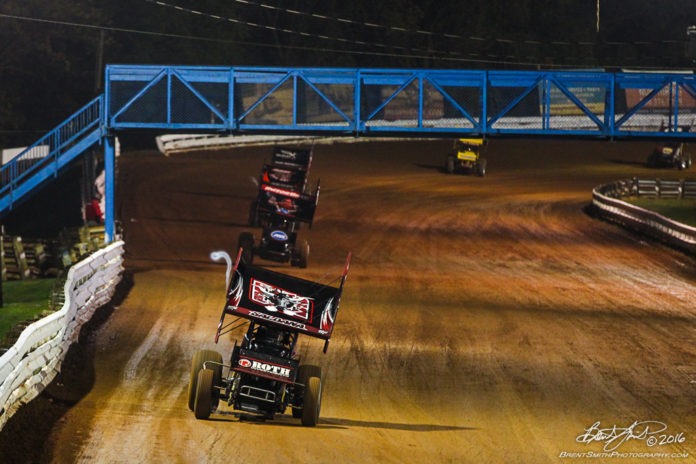 MECHANICSBURG, PA – The 57th annual Williams Grove Speedway Champion Racing Oil National Open for the Pennsylvania Posse sprints and the World of Outlaws NOS Energy Drink Sprint Cars Series is coming up in just one week, on October 4 and 5 at 7:30 pm both nights.

The fall classic will take place during a two-day stand by the outlaws sprint cars stars and the winner of this years 57th annual Champion Racing Oil National Open for sprint cars on October 5 will pocket the biggest cash payday ever in the history of the oval and in the East, at $65,000. .

Admission prices for Saturday’s National Open are $35 for adults and $20 for youth while Friday’s prices are set at $30 and $15, respectively.

But Dietrich will be trying to do more than that in the event as he attempts to win his second career nationals after taking his first in 2016.

And Dietrich may just do it this year as he takes not only the point lead but also five oval wins on the season into the race, more than any other driver this year at the track.

In fact, Dietrich is the winningest driver in the East this season with 13 victories overall, which also ranks him among the top winners in the nation to date this year.

He has beaten the outlaws already this season as well as the All Stars Circuit of Champions on more than one occasion.

Defending Open winner Lance Dewease should be a factor in this year’s event after taking his fourth Open triumph for as many car owners in the 2018 race.

Dewease does have five wins at the track this season including one over the outlaws and last week’s outlaws tune up race but the Fayetteville flyer hasn’t been as consistently in the hunt of late when the biggest races hit the track.

Freddie Rahmer is still looking for a first ever win in the Open and shouldn’t be overlooked nor should Brian Montieth of Phoenixville who has been fast within the last few weeks.

Another potential factor within the local field this week could be Anthony Macri.

Since teaming with mechanic Jim Shuttlesworth in late August, Macri has turned in some stellar performances in other big season-ending races in the area, when the tracks have slicked off.

Californian Giovanni Scelzi won the 2018 Friday night Open Preliminary and is expected to be in the field again this season along with other independents like Brian Brian, Kerry Madsen and Tim Shaffer.