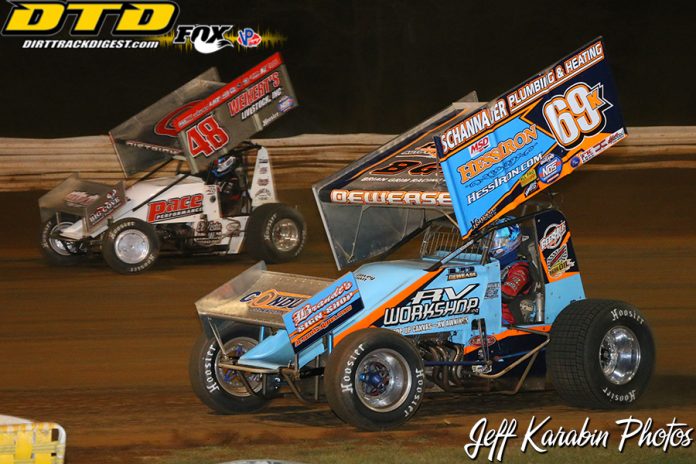 MECHANICSBURG, PA – With the 2020 season opener at Williams Grove Speedway slated to take place in just over two months, on Sunday afternoon March 15, the oval has been ready preparing for the new season of racing.

As soon as the 2019 season came to a close, the oval was resurfaced with new clay but work crews have been busy elsewhere during the off-season.

Sections of new guardrail have been installed around the speedway while fencing has been reinforced as well.

All new steel containment cable has been inserted into the catch fencing all around the speedway.

Another big off-season project has been the acquisition of brand new, state of the art Whelen Engineering safety lights.

Worth some $20,000, the new, all LED red, yellow and green lights come complete with strobe capability.

It is hoped that the new safety lights can be operational for the start of the season.

The 2020 season opener featuring the Lawrence Chevrolet 410 sprint cars is set for 2 pm on March 15.

Gates for the sprint car only program will open at noon.

A pair of super late model races will round out March, slated for March 20 and 27, along with 410 sprint car action both nights.

The March 20 program will be sanctioned by the ULMS Super Late Model Series.