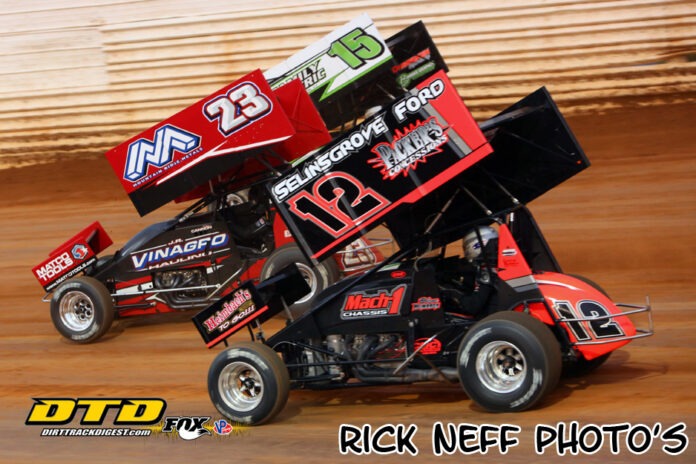 PORT ROYAL, PA – “There is No Genius Without Some Touch of Madness”- Aristotle.

Three divisions of exciting open wheel sprint cars all for the price of $20 General Admission. Students are $10 while Pit Admission is $30.

In PA Sprint Series 305 Sprint Car action, Derek Hauck held off Garrett Bard and Domenic Melair to pick up his first career victory in the division at the Speedway over a month ago. Dave Grube is the current points leader and he holds a narrow 25-point advantage over Bard. Ken Duke (-95), Nick Sweigart (-130) and Austin Reed (-140) make up the rest of the top-five.

This will be the third visit of the season for the Wingless Super Sportsman division and the last time the series came to the Speed Palace, it was Kevin Gutshall grabbing the win over Billy Brian Jr., Steve Wilbur, Craig Perigo and Gene Eppley.

For fans unable to attend, racing will again be available for viewing via FloRacing and more information can be found at www.FlorACING.COM.