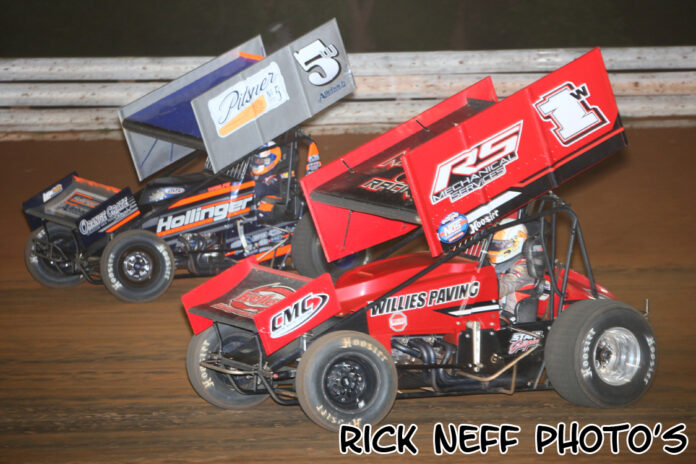 The event will include the HJ Towing & Recovery 358 sprint cars.

Pre-race action in the infield will get underway at 5:45 featuring honoree Wolfe along with a number of his career car owners, spanning 1976 through 1999.

Live interviews and a meet and greet will be conducted and a display of photos and memorabilia from Wolfe’s career will also be set up for fans to enjoy.

Lucas Wolfe will help honor his father Randy by having his familiar No. 5W machine on display until approximately 6:15 pm.

Racing action will find the 410 sprint cars competing in a $6,000 to win main event as the World of Outlaws tune up race.

The driver who sets quick time on the night will collect the $300 Fast Tees Fast Time Award.

The race will be another leg in the 2022 Hoosier Diamond Series at the speedway.

Brent Marks has scored twice in Diamond Series action to date while Anthony Macri has won once.

Randy Wolfe’s career is perhaps best remembered for his time spent at the wheel of the Keen Motorsports No. 5W in the 1980s.

Keen namesake Shawn Keen will attend the pre-race honors along with others such as owners Jim and Laura Allebach No. 75, Gene Jenkins No. 55, brothers Rick and Joe Woelfling No. 5W and Ken Cooper No. 25.

In honor of Randy Wolfe’s final ride in the Allebach No. 75, owners Jim and Laura Allebach will pay $75 to win the heats, b main and the feature as part of the event.

And, Orange Crate Brewing Company of Syracuse, New York, will be paying a $555 bonus to the driver who finishes fifth in the main event, all in honor of the Wolfe No. 5W. 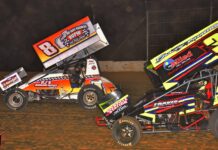 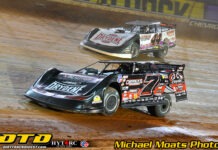