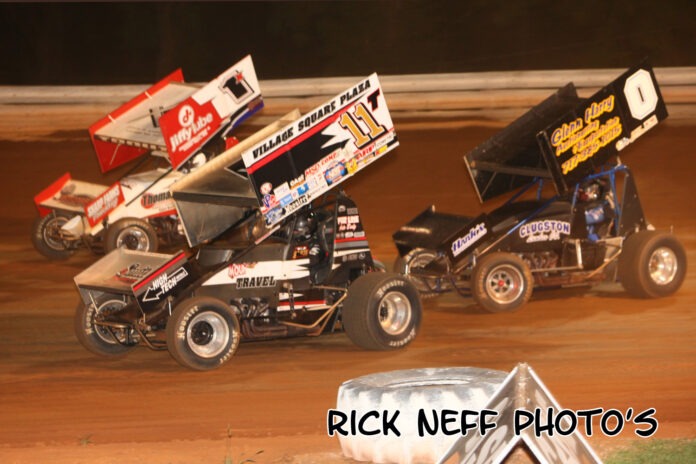 The 2022 event will be the 40th annual Jack Gunn Memorial and the winner’s list is impressive to say the least.

Bobby Allen was the first winner in 1983 with additional names on the win list like Frankie Kerr, Jason Johnson, Lance Dewease, Greg Hodnett, Fred Rahmer, Daryn Pittman, Keith Kauffman and many others.

However no driver has claimed more Gunn Memorials over the years than the now retired Don Kreitz Jr.

Jack Gunn was a Hall of Fame Promoter who heralded the speedway as promoter from 1967 until his untimely death from cancer at the age of 48 in 1980.

He began working at the track during the early 1960s as an announcer and honed his skill on the microphone while eventually relaying his talents into the oval’s captain.

It was during his tenure at the helm of Williams Grove Speedway that Gunn rose to prominence on the local and national scene and he took the facility with him.

During his career at Williams Grove, Gunn also promoted with much success at other area tracks.

Gunn’s mark on both Williams Grove and the region itself was to help raise sprint car racing to not only a weekly division but a premiere weekly headline division at that.

While at the top of his game, he not only stood at the helm at both Williams Grove and Selinsgrove Speedways, but he was also doing the job at Hagerstown, (Maryland) and Penn National Speedways.

In his day, Jack Gunn was known as the most powerful promoter in the East.

And it is that reputation and skill that Williams Grove Speedway will honor yet again this week with the running of the All Stars Jack Gunn Memorial Twin 20s.

Adult general admission is set at $25 with youth ages 13 – 20 admitted for just $10. Kids ages 12 and under are always admitted for FREE at Williams Grove Speedway.