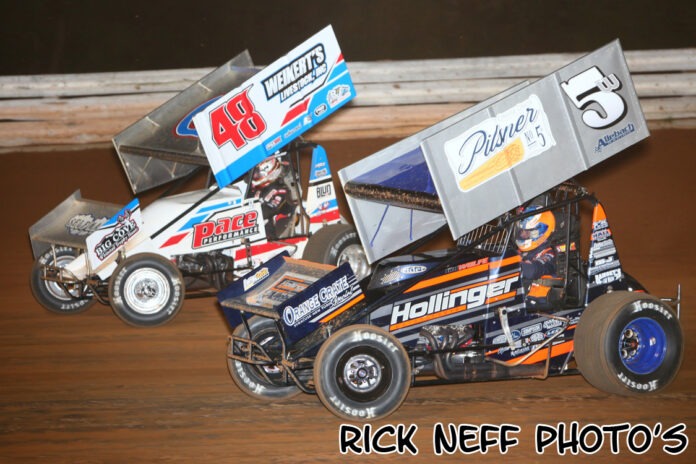 Presented by Liberty Excavators Inc. of Camp Hill, the special event will pay $6,000 to win the 25-lap main for the Lawrence Chevrolet 410 sprint cars. .

Also taking place on Friday night will be the much-anticipated Match Race for the HJ Towing & Recovery 358 sprint cars.

The Liberty Excavators Inc. Joe Harz Tribute Race for the 410 sprints will see drivers qualify against the clock to set heat starting grids.

A $300 bonus will be paid to the fastest driver in time trials courtesy of Fast Tees Screenprinting of Thompsontown.

The racing program honoring car owner Harz will include special pre-race interviews with Harz and some of his former drivers and mechanics in the speedway infield beginning at 5:45 pm.

A specially restored Harz No. 88H sprint car will also be on display for the night.

After fielding Modifieds for several years, Harz launched into the sprint car world in 1984 with Meme Desantis of Temple wheeling the car.

After that drivers such as Kramer Williamson, Fred Rahmer, Richard Lupo, Kenny Adams, Sean Michael, Mike Wagner and Lance Dewease wheeled the car among a few others.

Learn more about the firm at www.libertyinc.net.

Thanks to the efforts of Bill Devine from Dirty Deeds in Honey Brook, a family of donating sponsors is contributing to the Match Race for 358 sprints that will be staged on Friday night.

The format for the Match Race will find drivers drawing for heat starting positions.

The top finishers in the heats will then redraw to start in the first four, five or six rows of the feature, dependent on the number of heats that are contested.

All starting positions behind the drivers that redraw for the feature will be filled via a heads-up format based on heat finishing position.

Fireworks will also be part of the special holiday weekend program at Williams Grove.