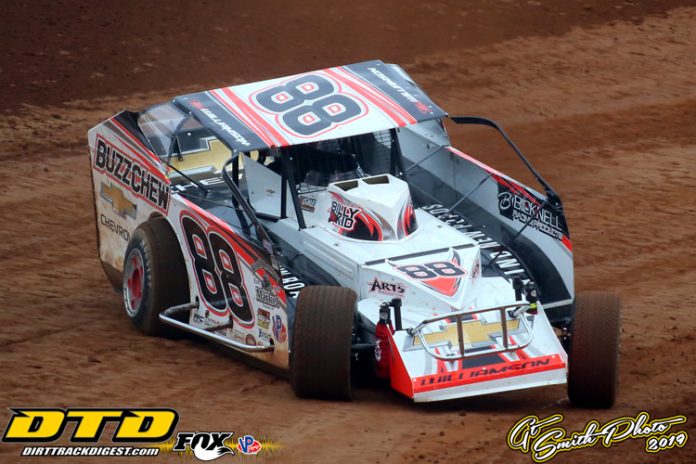 CONCORD, NC – In the midst of the closest Super DIRTcar Series championship battle of all time, every timed lap and every Heat Race at the Can-Am World Finals is vital. On Thursday night at The Dirt Track at Charlotte, Mat Williamson drew first blood with a Billy Whittaker Cars Fast Time Award and won his Heat Race to draw even with defending Series champion Matt Sheppard.

Sheppard fought hard in his Heat Race, but finished second to Billy Decker, which was worth four points. Williamson cruised to victory in his respective Heat Race and picked up five. The Billy Whittaker Cars Fast Time Award is worth a huge five points and that is what Williamson needed to level off the top of the standings.

The next points opportunity will be the rescheduled Friday Heat Races from Thursday night’s program. Friday’s Heat Races will begin following Opening Ceremonies at 3:45 p.m. In a stroke of fate only racing could provide, Sheppard and Williamson start second and third, respectively, in Friday’s third Heat Race.

Rookie sensation Demetrios Drellos was fastest in each of his Time Trial groups and went on to win his Heat Race in convincing style. He’ll try to go two-for-two in Heat Race 4 on Friday.

The veteran Decker drove his Gypsum Express No. 91 quickest both of his Time Trial groups, and he also won his Heat Race. Decker will be tough to beat in the Features.

Super DIRTcar Series officials have opted to cancel the two Last Chance Showdowns and start all 38 cars in both Features.