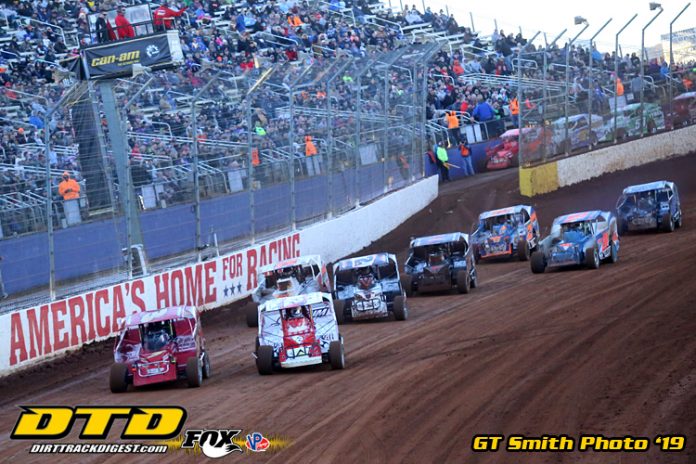 CONCORD, NC – The Super DIRTcar Series kicked off the Saturday night portion of the World Finals with a pair of Last Chance Showdowns.  Justin Haers and Larry Wight each dominated their events to lock into the 40-lap night-cap. Haers jumped to the lead from the outside of the front row on the very tacky race track and was never impeded while on his way to taking the checkers.  Peter Britten finished second with Tyler Thompson coming home in third.  Pat Ward, who had a top five on Friday night, was running in a transfer spot when a plum of smoke billowed from the car causing him to pull into the infield. Wight started from the pole position in Last Chance Showdown which allowed him lane choice.  Wight, who finished third on Friday, started from the outside pole and drove away to earn the victory.  Gary Lindberg finished second followed by Steve Bernard in third for the other transfer spots.