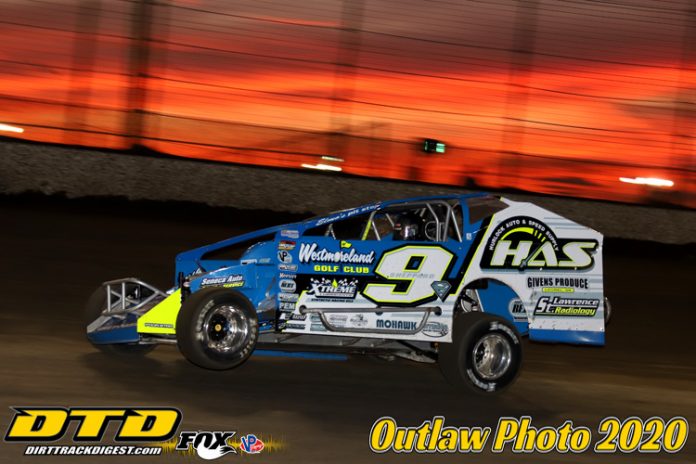 Sheppard was in group one and his 17.548 lap held up and was the fastest of the night.

Matt said, “I had a good lap and it was nice after all the other ones I had. I made a couple of hundred dollars and that is probably more than I made in the feature last night (finished 19th).”

Continuing he noted, “We went back to the basics to something we knew. We were not good enough to win last night and hopefully this will help. Here track position is so important and I feel the car is better tonight than last night.

Behind Sheppard were Mike Maresca and Jessey Mueller.

While Sheppard was fast overall timer there were three other groups.

In group two Erick Rudolph stopped the clock at 17.812 and behind him were Demetrios Drellos and Pat Ward.

Rick Laubach was the fast timer of group three with a 17.806 and right behind him were Jimmy Phelps and Brett Hearn.

Larry Wight clicked off a clap of 17.758 to lead group four while Stewart Friesen, who had just arrived at the track just minutes before, took the car to second while Billy Decker was third.