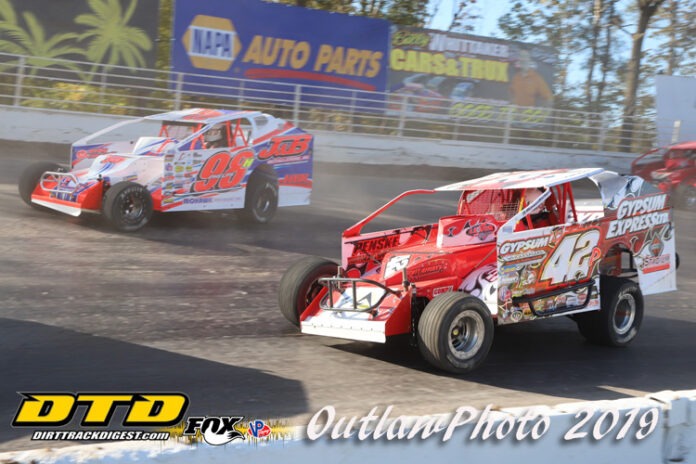 CONCORD, NC – After eight successful years as title sponsor of Big Block Modified racing’s biggest event — Super DIRT Week — NAPA Auto Parts is extending its partnership with a multi-year deal, which will include the 50th edition.

Entering its 49th year, NAPA Auto Parts Super DIRT Week, Oct. 6-10, is Racing’s Biggest Party featuring the best drivers in the Northeast, Mid-Atlantic, and Canada as they tackle the historic Steel Palace, Oswego Speedway. It’s an annual pilgrimage for thousands of race fans from across the United States and Canada and a true New York tradition.

“NAPA Auto Parts is thrilled to be a part of the history and legacy of Super DIRT Week,” said Ryan Nowitzke, general manager of NAPA Syracuse. “We look forward to seeing our dedicated, hard-working race fans from across the Northeast and Canada spend the week in Central New York at Oswego Speedway and surrounding racetracks. Nothing compares to the excitement and drama of Super DIRTcar Series racing at Super DIRT Week. It takes a lot of “NAPA Know How” to get to the top level of dirt racing.”

The greatest week in dirt racing features four premier DIRTcar series divisions including the Super DIRTcar Series. The show-stopping headliners bring the entire week to a crescendo with the running of the Billy Whittaker Cars 200 where the winner drives away with $50,000.

Three other premier DIRTcar divisions are on tap, as well.


The DIRTcar 358 Modified Series always brings the crowd to its feet for the Salute the Troops 150 where rising stars and veteran aces clash at The Steel Palace. The Chevy Performance 75 features the DIRTcar Sportsman Series, which concludes an incredible week of racing on four different DIRTcar tracks.

The DIRTcar Pro Stock Series Wilkins RV 50 has become one of the most exciting races of the event as the Pro Stocks have moved fans to the edge of their seats, either at the track or at home on DIRTVision, with battles for the win coming down to the final lap year after year.

NAPA Auto Parts first partnered with DIRTcar Racing for Super DIRT Week in 2012 when stars like Matt Sheppard and Stewart Friesen began to emerge. By continuing the partnership through the 50th-anniversary edition NAPA firmly cements its place in Northeast racing history.

Tickets and camping are already on sale for NAPA Super DIRT Week XLIX running Oct. 6-10. Oswego Speedway enters its fifth year as host and has proven the ideal facility and racetrack to hold Racing’s Biggest Party.

Be sure to visit SuperDIRTWeek.com for news and updates on the 49th annual NAPA Super DIRT Week throughout the year, and follow on Twitter at @NAPASuperDIRTWeek. 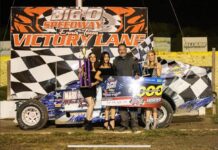 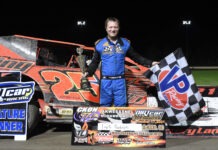 Rudolph Finally Wins at Mohawk in the DIRTcar 358 Modified Series