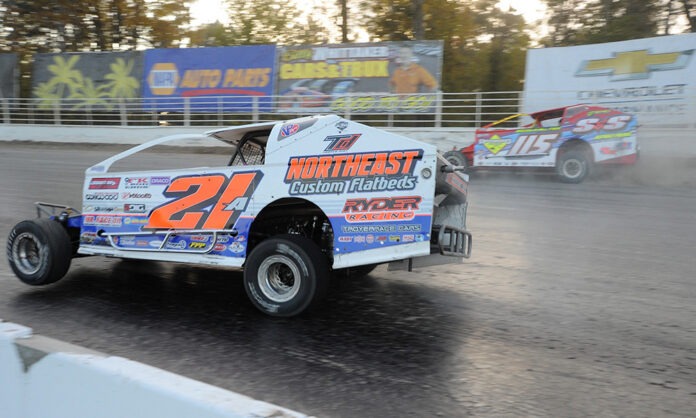 OSWEGO, NY – The 49th NAPA Auto Parts Super DIRT Week will boast more than a $400,000 total purse for the week of racing (Oct. 6-10), which couldn’t be accomplished without the support of new and long-lasting sponsors.

Earlier this year, NAPA Auto Parts announced it was extending its partnership with Super DIRT Week with a multi-year deal, which will include the 50th edition of the historic event. This year will mark the ninth consecutive year that NAPA has served as the title sponsor.

“NAPA Auto Parts is thrilled to be a part of the history and legacy of Super DIRT Week,” said Ryan Nowitzke, general manager of NAPA Syracuse. “We look forward to seeing our dedicated, hard-working race fans from across the Northeast spend the week in Central New York at Oswego Speedway and surrounding racetracks. Nothing compares to the excitement and drama of Super DIRTcar Series racing at Super DIRT Week. It takes a lot of “NAPA Know How” to get to the top level of dirt racing.”

“Super DIRT Week is a special event with an amazing community of race fans and I’m proud to have Billy Whittaker Cars & Trux continue to play a key role,” Billy Whittaker said. “This has been a tremendous partnership throughout the years as we all work to produce the best dirt car racing, we can in the Northeast.”

The familiar gold bowtie will dawn the DIRTcar Sportsman main event once again for the Chevrolet Performance 75 – taking place on Sunday, Oct. 10.

When it comes to the essential tires and fuel, Hoosier Racing Tire and VP Racing Fuels have become synonymous with NAPA Super DIRT Week and DIRTcar Racing throughout the Northeast. They’ll both continue to be suppliers of those essentials for competitors throughout the week.

DIRTVision joins NAPA Super DIRT Week as the new official live broadcast partner this year. The entire week of racing from Oswego Speedway, Brewerton Speedway and Weedsport Speedway will be broadcast live with expert play-by-play announcing, in-depth pit reporter and superior camera action – including drone coverage. There will also be jumbotrons at every race for fans in the grandstands. To watch DIRTVision, sign up now with an annual Platinum FASS PASS or the monthly FAST PASS. You can watch at DIRTVision.com or on the DIRTVision App.

“We’re very excited to showcase to the Northeast fans that can’t be at the track the expert coverage and storytelling DIRTVision has to offer,” said DIRTVision General Manager Jim Chiappelli. “We have a lot of exciting things in store that will make them feel like they’re still a part of Racing’s Biggest Party.” 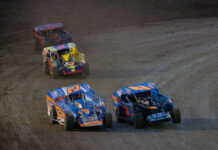