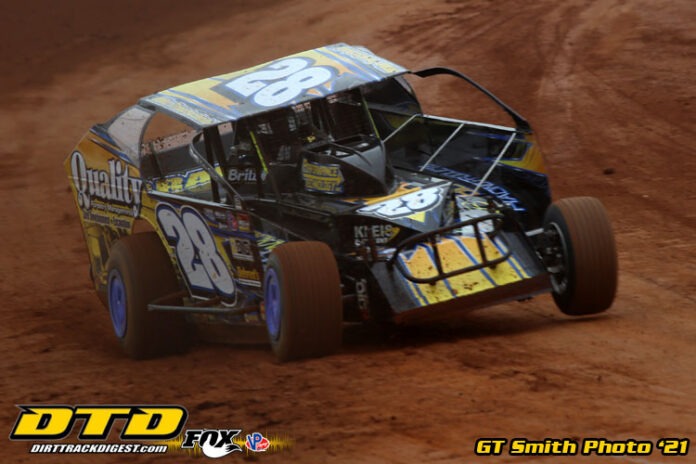 Expect the unexpected when you have new clay, time trials and a high speed track.

Those surprises came in the form of heat winners as pole sitters Brett Hearn, Mike Trautschold, Peter Britten and Alex Yankowski captured the qualifying events for night one of the World Finals.

Time trials put them on the front row and those four along with runners-up Max McLaughlin, Jack Lehner,Larry Wight and Mat Williamson all earned a spot in the draws.


Chris Hile started sixth and finished there. There were times midway through the race when he would get inside Rudolph between three and four, but it was to no avail. Joining Hile in the consi were Jeremiah Shingledecker, Marcus Dinkins, Chris Curtis and Dave Raucher.

In the second Trautschold just took off and never looked back while Lehner, starting third, grabbed the second spot from front row starter Billy Pauch Jr. who eventually finished third.

Duane Howard started sixth and went to fourth on the very first lap and finished there while Tim Fuller, who was quick in hot laps, filled out the top five. Following were Jeff Taylor, rookie Alex Payne, Justin Haers, and C.G. Morey.

Haers was towed from the track and his crew went to work on the front end.

In heat three Britten was uncontested, but the move of the race ended up being fifth plaice starting Larry Wight who started fifth, went to the bottom and on the first lap was second.

Demetrius Drellos did everything in his power to pass the 99L, but it was to no avail. He settled for third, Billy Decker fourth and Rocky Warner fifth. Ronnie Davis III, Rich Scagliotta, Pat Ward, Tim McCreadie followed.

Yankowski was the winner from the front row in the last heat. Matt Williamson and Mike Mahaney joined in an early race battle with Jimmy Phelps.

When the checker fell it was Yankowski, Williamson, Mahaney, Phelps and Mike Gular.

Sears appeared to be in the running for a top five spot, but had contact with Gular between three and four sending the 83T around and to the back of the field.

In the last chance races the final six earned a berth in the finale with Chris Hile and Kevin Root picking up wins. Jeff Taylor and Ronnie Davis III were second and Justin Haers and Tim Sears JR. were third.

The best battle in the last chance events saw first year big-block driver Alex Payne run third throughout the majority of the event only to have Justin Haers go inside of him on the final lap. Payne attempted to rally, but fell short.