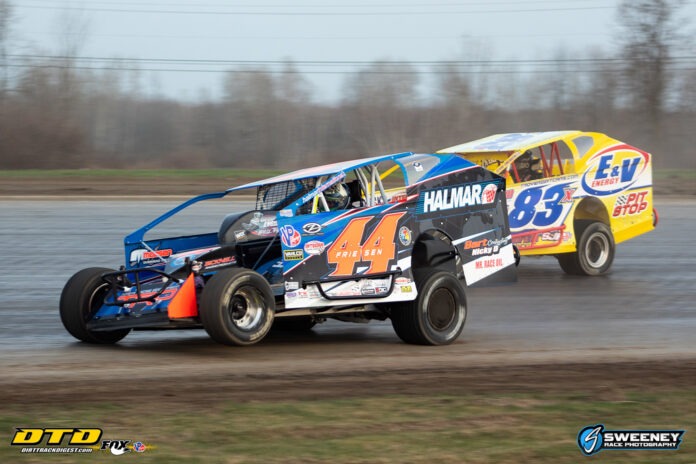 RANSOMVILLE, NY – For the first and only time in 2022, the Super DIRTcar Series will venture to Ransomville Speedway for the annual Summer Nationals on Wednesday, Aug. 24

The Beasts of the Northeast will be joined by the DIRTcar Sportsman Modifieds for another mid-week race, featuring the best dirt Modified drivers in the country at the western New York track.

Last year was the Series’ first time back at Ransomville since 2018 and this year will mark its 22nd time at the 3/8-mile track.


Notables: Eight-time and defending Series champion Matt Sheppard and NASCAR Truck Series winner Stewart Friesen have been the dominate duo at Ransomville for the past five events.

Sheppard claimed the victory last year and in 2017. Friesen won in 2015, 2016 and 2018. With Sheppard the current Series points leader and Friesen already having two victories this year, both have put themselves in position to be top contenders again.

However, 2019 Series champion Mat Williams may have an upper hand in denying both another victory. The Canadian currently leads the points in the Small Block Modified division at the track, getting in laps weekly. Also, former Series regular Erick Rudolph, from Ransomville, has several laps around the facility and will also be poised for a home track win. It would be his first Big Block win with the Series at the track. He has one win in a DIRTcar 358 Modified there.

Of active drivers, three-time Series champion Billy Decker has the most Super DIRTcar Series wins at Ransomville Speedway with four. He’s still searching for another Series win with his last coming in 2019.