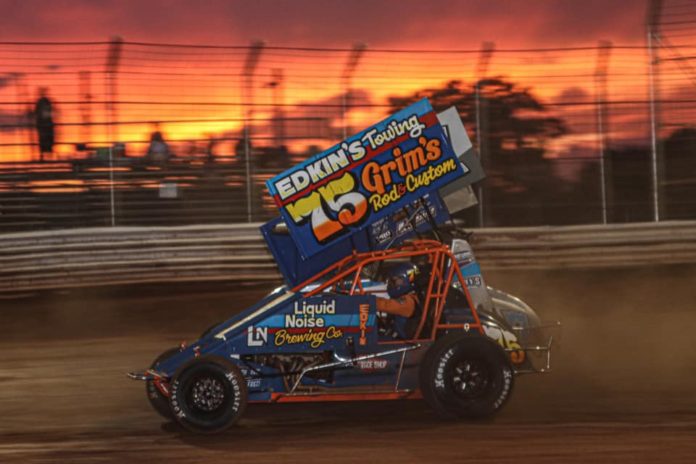 Cold temperatures and bad weather have made it difficult for promoters to finish offseason upgrades and projects at racetracks in the Northeast.

General Manager Kolten Gouse and his crew are dealing with the same issues. The upside is that Gouse has been able to make behind-the-scenes decisions that are important for the upcoming season.

One of the things at the top of the list was Pay-Per-View. That was crossed off the list recently, when Gouse and the management team at BAPS Motor Speedway signed a deal with SprintCarUnlimited.TV powered by DirtTrackDigest.TV to broadcast 14 races in 2021. Earlier in the day, it was announced that four shows from Trail-Way Speedway would also appear on the new platform.

“We looked at all of the offers for Pay-Per-View, and we really liked what was presented by SprintCarUnlimited.TV/DirtTrackDigest.TV,” Gouse said. “They have a good product and came up with a good deal.

“The model they used is a little different, and it’s the direction we wanted to go in 2021. We are excited to showcase the divisions we have at the speedway and look forward to the exposure we will get on the SprintCarUnlimited.TV platform.”

The Pay-Per-View schedule will have plenty of variety, with 410 Sprint Cars, Super Sportsman, Late Models, and Modifieds being featured throughout the season.

On March 20, the Super Sportsman, Late Models, and Legends will kick things off on the BAPS Motor Speedway portion of SprintCarUnlimited.TV with the season opener.

There will be seven broadcasts in which the Super Sportsman will be the headline division. The Bud Bricker Nationals (May 22), Firecracker 40 (July 3), Gary Wolford Sportsman 100 (Sept. 4), and Dirty Deeds Dirty 30 (Sept. 25) are just some of the big Super Sportsman programs on the schedule.

As for the 410 Sprint Cars, they will be headlining six shows in 2021. The Sprint Car opener at the speedway takes place on April 11, and they will be joined by the 358 and 305 Sprints.

The Kevin Gobrecht Classic on May 2 will pay $5,100 to the winner. The Spec. Sealed Modifieds will also be on the program. On June 3, the Greg Hodnett Foundation Race takes place. Other Sprint Car events include the Dirt Classic Qualifier (Sept. 16), a Oct. 23 regular 410 Sprint Car show, and the popular Sprint Showdown to cap the season on Nov. 13. The Sprint Showdown will also feature the 358 Spec. Sealed Modifieds.

SprintCarUnlimited.TV will also broadcast the Smokey Frye Classic for Super Late Models on July 24. The winner will receive $6,000.

“First and foremost, a big thank you goes out to the management team at BAPS Motor Speedway for supporting our Pay-Per-View model,” said Jeremy Elliott, owner of SprintCarUnlimited.com. “The racing at BAPS Motor Speedway is some of the best in the area, and we are excited to be able to showcase their product and present it to fans around the country who can’t be in attendance on race night.

“Being able to pair BAPS Motor Speedway with Trail-Way Speedway on our platform gives us a good start in the first year of SprintCarUnlimited.TV. We are honored to be partners with both speedways.”