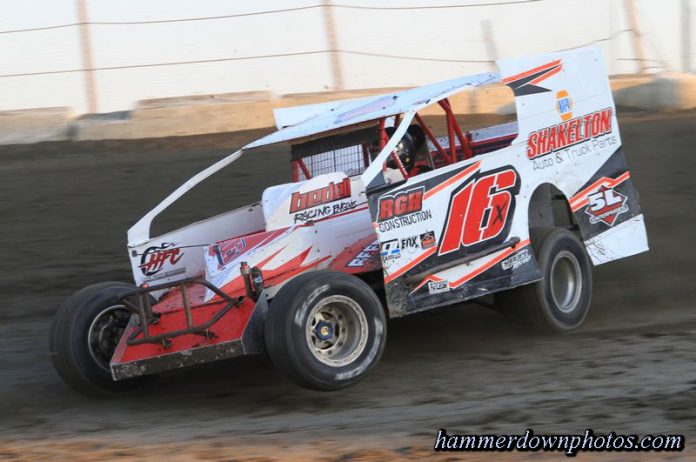 CENTER LISLE, NY – The winter seemed endless for fans, teams, drivers, and the staff of Thunder Mountain Speedway. Saturday evening the Center Lisle New York bullring came alive once again with the sound of weekly motorsports competition. It is also the beginning of the speedway’s twenty fifth anniversary season.

The headline division Modifieds saw defending track champion Dan Creeden take home the opening night 30 lap main event feature win. Creeden guided his Shakelton Auto and Truck Parts, Smokers Choice number 16x to the lead after a hard-fought battle with Nick Nye and Alan Barker. He took over the lead for good with a committed outside run on both competitors. It took Creeden a few laps to wrestle away the lead from Nye and Barker. But once the mission was complete, he was able to set sail for the remaining laps of the feature event.

“It was a good race with Alan and Nick. They got to the bottom and slowed the pace of the race down. I was able to roll the top and make it stick. I had a very good balanced race car. This car is my favorite car. Clyde never lets me down.”

Perhaps one of the most intense finishes of the evening occurred during the 20 lap Open Sportsman feature event. Owego New York’s Brian White made a pass on Chris Jordan while coming to the white flag to finish the first Sportsman Feature of 2017. White parked his Quicks Logging & Tree Service, Greg Auto Sales number 56 in Thunder Mountain Speedway Victory Lane for the first time this season. He had a short but powerful reflection on his display of inspired driving.


“I believe the biggest thing we can learn from tonight is to never give up on your evening.”