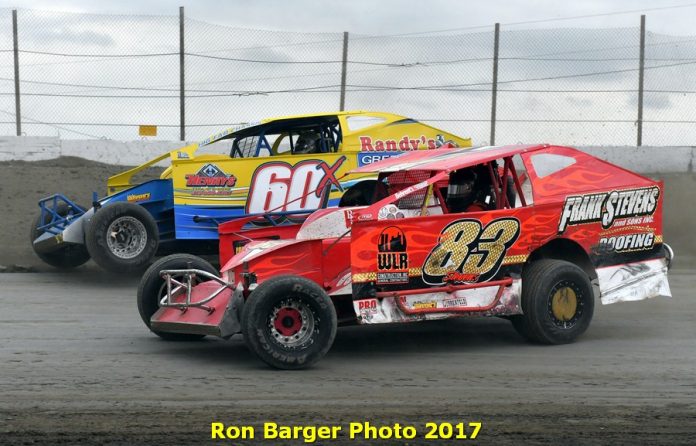 CENTER LISLE, NY – The tagline of the ‘Southern Tier’s Saturday leader’ is even more appropriate for 2018 at Thunder Mountain Speedway.

The Spoonhower family has rejuvenated the three-eighths-mile Empire State oval since reopening the three-eighths-mile track in 2014. Facility improvements – including the construction of a massive tower building – have been widespread and continuous work on the track surface has produced tire-wear-friendly and racy conditions.

Last week, two key announcements were made for the upcoming season.


“We wanted to set our track apart,” Thunder Mountain promoter Karl Spoonhower said. “The Crate division is huge in New York and has grown at our track. They put on one of the best shows every week. We’re raising the bar for the division by making this move.”

The Modified division is also the recipient of a raise. Every Saturday night, the headline division will battle for a boosted $1,500 to win, up from $1,200 in previous years. Green money is the highest in the area at $175.

A number of specials will feature larger payouts for the Modified division including the April 28 Season Opener, May 27 Bob Hilbert Sportswear Short Track Super Series Fueled By Sunoco ‘Lighting on the Mountain’ paying $5,000 to win, June 30 Red White & Blue Special, July 22 Wade Decker Memorial and Sept. 15 King of the Mountain.

An open practice will kick off 2018 activities on April 21 with the Season Opener set for seven days later, April 28.

Racing will continue every Saturday night through September 15 with the exception of July 28 when there is a one-week hiatus for the Broome County Fair.

Three Sunday events are on the schedule: the ‘Lightning on the Mountain’ May 27, Wade Decker Memorial July 22 and a special Labor Day eve program on Sept. 2

The Modified, Open Sportsman and Crate 602 Sportsman divisions will all be eligible for benefits from the American Racer Cup presented by Sunoco including tire giveaways and other perks.

The Street Stocks will be featured in an unprecedented 100-lap race on Sept. 8.

After a year away, Scorpion Security Products presents the return of the Lucas Oil Empire Super Sprints (ESS) 360 Sprint Cars on Saturday, May 19.