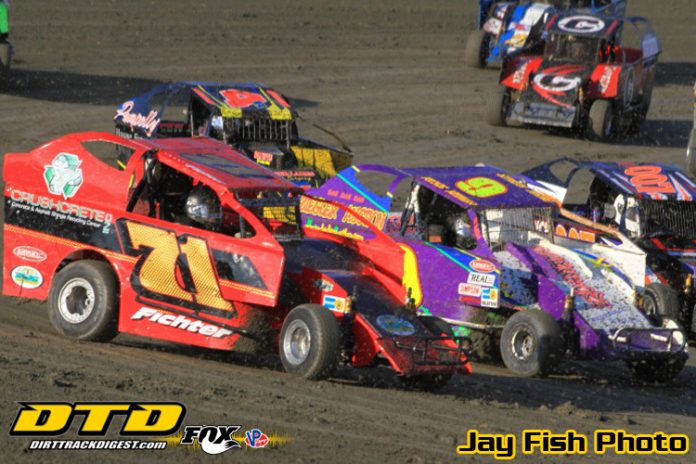 “Karl Spoonhower, promoter of Thunder Mountain Speedway, has not fulfilled any contract obligations from the 2017 or 2018 season. Over the winter, we spoke and all payments were to be updated. I still haven’t gotten any payments or any valid Certificate of Insurance. The insurance that is given to a driver when they pay the Xcel Chassis registration fee will not be valid at Thunder Mountain Speedway.

It is truly unfortunate for the drivers this late in the season but it is not fair to the other tracks that have met any and all of their obligations. The Xcel Chassis representatives will be in discussions to set certain standards for drivers who wish to support Thunder Mountain Speedway and choose to run the tour or a weekly sanction track. I am in talks with other tracks to reschedule the tour dates that were scheduled to be at Thunder Mountain Speedway and will release them soon. Any questions can be directed to me at 610-681-2689.”

CENTER LISLE, NY – Thunder Mountain Speedway will continue to run the 600 Modified division weekly in 2018. During the past two seasons, the Spoonhower family has elected to pay a point fund directly to its drivers, rather than send the money to Doug Borger. This has been the speedway’s policy to reward the loyal competitors who support the speedway on a weekly basis rather than filtering the money through a third-party.


During past tour events, speedway management paid the XCel organization up to $90 per car for drivers unable to qualify for a feature event. We were very disappointed to learn that money was not given out to the drivers not making the feature, but instead went into Mr. Borger’s pocket.

Our speedway is fully insured and certificates of insurance have been made readily available to sanctioning bodies such as the Empire Super Sprints and Short Track Super Series.

Due to the XCel organization’s financial hardships, American Racer tires have been replaced by Hoosiers on the series. Thunder Mountain Speedway will remain loyal to American Racer and will have the tires available at the track for purchase.

Any further questions should be directed to the speedway directly.