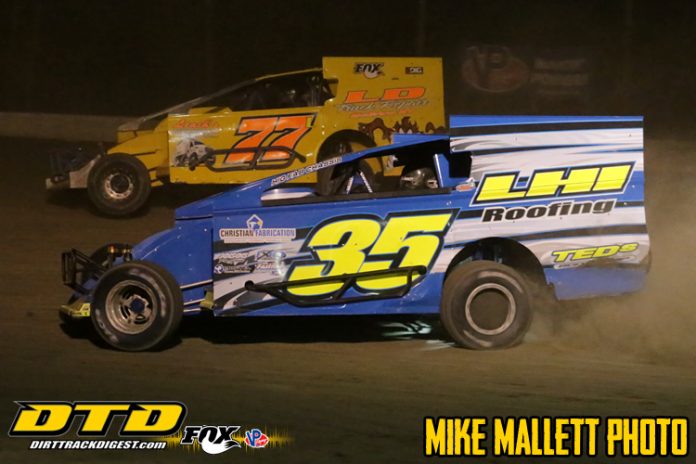 And participation has never been higher!

As STSS Halmar International North Region Race No. 7 approaches on Sunday, September 23 at Thunder Mountain Speedway in Center Lisle, N.Y., an impressive 17 STSS Modified drivers have participated in every event. This is the strongest attendance record since the series was initiated in 2014.

The final standings begin to take shape starting with the ‘Lightning on the Mountain’ at Thunder Mountain on September 23, followed by the American Racer Cup Short Track SuperNationals 11 October 5-6 back at Thunder Mountain and the Behrent’s Performance Warehouse Rich Eurich Tribute ‘Hard Clay Finale’ on October 18 at Orange County Fair Speedway in Middletown, N.Y.


The ‘regular season’ will wrap up following the Short Track SuperNationals. At that point, drivers will have the opportunity to drop their worst finish. Those with perfect attendance will receive 75 bonus points. The finale at OCFS will offer increased championship points based on a 150-point structure.

This will serve as an ideal shakedown for the Short Track SuperNationals two weeks later at the three-eighths-mile oval.

Also on the program: STSS Crate 602 Sportsman in the fourth of five North Region events, a 25-lap main paying $1,000 to the winner. Street Stocks complete the tripleheader with a 20-lap feature offering $1,000.

For the ‘Lightning on the Mountain’ event, pit gates open at 2 p.m. Grandstand gates unlock at 3 p.m. Hot laps get underway at 5 p.m. Racing begins at 6 p.m.