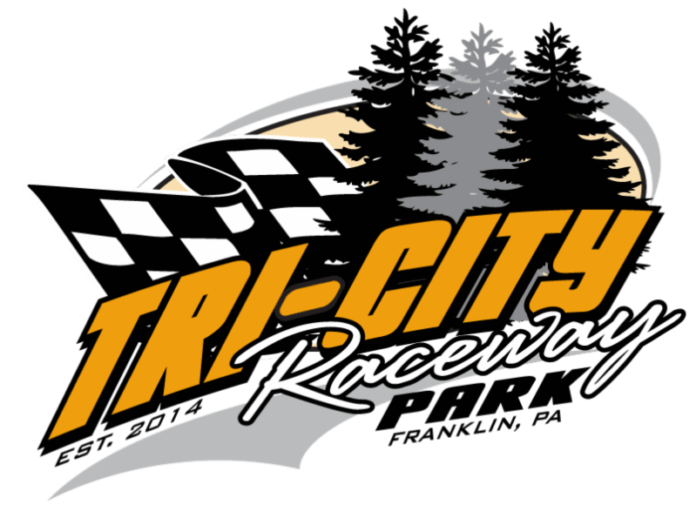 FRANKLIN, PA – Bobby Whitling scored an emotional victory in the Applefest 50 for the Hovis Auto & Truck Supply Pro Stocks and Homak Penn Ohio Pro Stock Championship Series. Choking back some tears, the Seneca Slider dedicated the win to Jody Reeher, his crew member for more than two decades. Reeher died earlier in the day due to COVID.

Whitling is believed to be the only Pro Stock driver to have competed in every edition of the Applefest ever contested at Tri-City Raceway Park. For sure, his fourth win in this prestigious event was worth well more than $4,500 when the lap money and Dash winner’s bonus were added to the winner’s share of $3,500.

“The night went real well for us,” Whitling said after regaining his composure. “I qualified good, won the heat, won the Dash, and the track was real good for the feature.” Whitling, who was perhaps the only driver to use the high line consistently in the race, explained that he brought a different engine package to the track for the finale. “This was a different engine package than we ran here before earlier in the year, and it doesn’t like to be choked down.” Continuing, he added “the car seemed to like it up there. I tried the middle and I thought about the inside, but I did not want to chance it.” Indeed, Whitling could not take the risk because the early leader,Tim Bish, was nipping on his heels for most of the race.

Whitling sat on the pole due to his Dash win, but Tim Bish was right next to him for the start of the fifty lapper. Curtis J. Bish (who is not related to Tim) was paired up with Brian Daugherty in row two. Hunter Exley and the Penn Ohio Series points leader, Chris Schneider, were in the third row. Charlie McMillen had a good starting spot inside the fourth row, with Daryl Charlier as his partner. Row five belonged to Andrew Gordon and Dave Ferringer, who came out of retirement to run this race. Jason Johns and Tyler Wyant, the teenage sensation, started in row six.

Tim Bish used his momentum coming off turn four to take the initial lead. Whitling was able to get to the outside when Bish opted for the inside as they raced around the Venango County oval. Curtis J. Bish remained close, with Schneider, Daugherty and Gordon fighting for positions.

Tim Bish led through the first three laps, which were hotly contested. A caution slowed the pace, and eliminated the cars of Randy and Tyler Wyant and McMillen.

Tim Bish took the inside line for the restart, and that proved to be his undoing. Whitling had the outside now, and he powered into turn one to take the lead. Whitling would go on to lead the remaining 47 laps, but Tim Bish was close until the final handful of laps.

Whitling’s march was interrupted for several cautions, and one red flag. On lap nine, Russ Coyne brought his car to a stop in turn three and his engine compartment burst into flames. Coyne was able to exit the car safely and the fire crew was able to keep damage to a minimum.

While Whitling did maintain control through the rest of the race, Tim Bish was persistent. He kept looking inside of Whitling and he was able to pull alongside of him entering turn one following a couple of the restarts. But, Whitling was able to keep the momentum up and that made the difference in the final analysis.

Curtis J. Bish was a close third for most of the race. However, he would trade the position with Gordon a couple of times, while Schneider was always lurking.

The race took a dramatic turn for Curtis J. Bish with ten laps remaining. He spun in turn two with some assistance from Johns, who was beginning to come forward himself. Both drivers went to the rear for the restart. They were able to move ahead in the final ten laps, aided a bit by the final caution on lap 48.

Whitling sailed into turn one when the green flag was displayed for the last time. Tim Bish did not have the speed to keep pace. In fact, Schneider challenged him for the second spot. Gordon held off a fast-closing Curtis J. Bish for fourth.

The hard charger award presented by CT Utilities went to David Baker, who raced from the last row to the twelfth position.

The trio of Donovan & Bauer Auto Group heat winners were Tim Bish, Curtis J. Bish, and Whitling. Whitling won the Dash presented by Flock Services. Daugherty was the fastest qualifier in the group time trials, and for that he received a bonus from Slider Race Cars (which are built by Whitling). There was no B Main.

Gale Ruth, Jr. led wire to wire in the twenty lap feature for the RUSH Sprint Cars running under the banners of Gary Glass Automotive, Washington House, and Ted Whitney Heating & Air Conditioning, Inc. Ruth parlayed his outside front row starting spot into the lead, and he never looked back.

Bryan Cressley ran second for several laps before handing the position over to Rod George. George was never able to close in on Ruth, however. Over the final ten laps, George was being pressured for the second spot by John Mollick and Blaze Myers. But that was the way they crossed the scoring loop for the final time. Cressley held on for fifth.

Nolan Groves, Brian Hartzell, Tyler Newhart, A.J. McQuarrie, and Ricky Tucker completed the top ten.
The pair of heat wins contested for Donovan & Bauer Auto Group, went to Cressley and Mollick. There was no B Main.

In the 4 Your Car Connection Mini Stock feature, Justin Bailey and Dalton Speer fought for the early lead, just as they did for most of the season. Bailey led the first few laps, but Speer got rolling and took the lead away. Chad Greeley stayed close while the two protagonists went at it, but he could not make a move on either one.

Charles McClintock worked his way past Jesse Armstrong in the final laps of the contest. Sixth through tenth belonged to John Zeleznik, Thomas Warren, Evan Sobieski, Tyler Ellenberger, and Matt Urey.
The Donovan & Bauer Auto Group heat races for the 4 Your Car Connection Mini Stocks went to Bailey and Speer. There was no B Main.

With the racing concluded at Tri-City Raceway Park for the 2021 season, plans are already being made for 2022. Persons interested in divisional and single-event sponsorship opportunities should contact the track office at 724-967-4601. 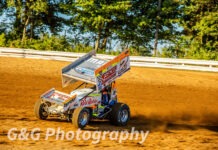 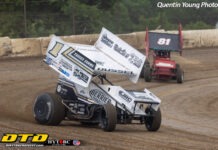