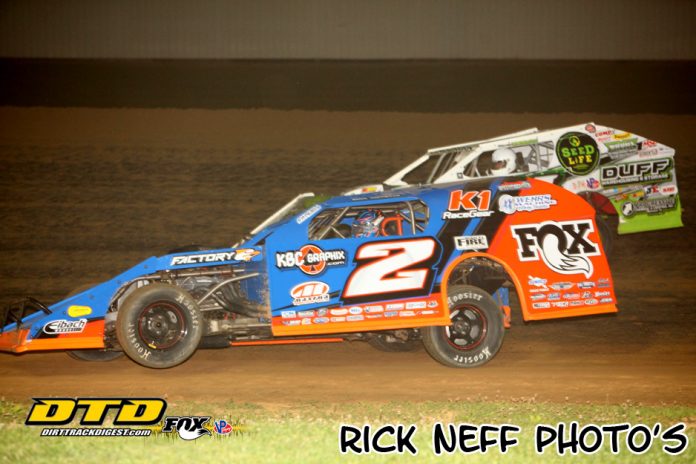 BROWNSTOWN, IN – Nick Hoffman stops Tyler Nicely once again as they finish one and two on back-to-back nights. It was a double duty shift for the North Carolina driver Nick Hoffman as he raced in both DIRTcar Late Model and DIRTcar Modified divisions on Thursday night at the Brownstown Speedway. Hoffman would cash the $1,000.00 payday for his third win of the 2019 DIRTcar Summit Racing Equipment Modified Nationals.

Mike McKinney, from the fifth starting position, would get around runner-up Nicely for second, nine laps into the feature. Following McKinney back to the front was Ryan Thomas as he would also power around Nicely for third and challenged McKinney for second. Nicely would bounce back and pass Thomas until a caution flew.

Hoffman wouldn’t be challenged on the restart as he would drive away to win back-to-back with the DIRTcar Summit Racing Equipment Modified Nationals. Tyler Nicely would finish second, Ryan Thomas third, and Kenny Wallace drove from eleventh to fourth in Thursday’s twenty-five lap feature. 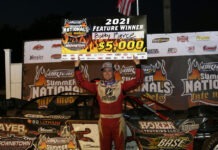