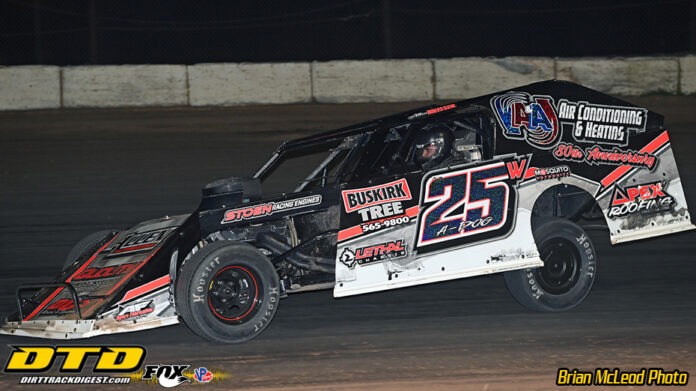 Allen Weisser struggled to find the grip he needed in his first venture of the weekend onto the North Florida Speedway Friday night, but unleashed a stellar turnaround on the 24-car field Saturday night to win Round #2 of the DIRTcar UMP Modified Winternationals in dominant fashion.

“The car was on a rail tonight,” Weisser said. “I gotta thank [my crew], my dad, my fiancée and everybody that helps me out on this car. It’s been a tough go for us down here the last 10 years probably, since we’ve been coming down here. Nice to finally get a win.”

Weisser, of Peoria, IL, grabbed the lead from the outside pole on Lap 1 and led flag-to-flag for the $1,200 victory, besting fellow hot shoes Lucas Lee, Drake Troutman and Jason Hughes among a solid roster of talent.

A-Dog’s first night out on Friday did not go as he had hoped, making just seven laps in the Feature before retiring. But a change in the track conditions and a day’s worth of wrenching on his Lethal Chassis #25W seemed to be the remedy he needed.

“I just couldn’t get ahold of it [Friday night], so I pulled off, saved our stuff and we just worked on this thing. We’ve been tuning on it all day, and man, we just hit the setup tonight, that’s all there is to it,” Weisser said.

One of Weisser’s biggest challengers through the better part of the 25-lap main event was Friday night’s runner-up, Lucas Lee. The pilot from Paris, TN, started on the pole but got shuffled back to third on the start and followed one notable driver around for a few laps – Justin Allgaier.

Making his North Florida debut, Allgaier, of Riverton, IL, got off to a great start by setting overall fast time in Qualifying with a lap of 19.433. He grabbed the runner-up spot on the opening circuit of the Feature and held it through Lap 6 before looping it in Turn 4 to bring out the caution. Although he made no contact with any other cars in the spin, Allgaier did not rejoin the field for the restart, and instead took his Elite Chassis #7a pit-side, not to return.

Lee had been running right behind Allgaier and inherited the second position for the restart. He maintained it all the way back to the finish for his second-straight runner-up finish, but did not seem to have anything for leader Weisser.

“I think I just needed to be a little bit tighter on entry and I think I could have run with him,” Lee said.

Several caution flags were sprinkled throughout the Feature, as well as a short red-flag period to clean up a two-car tangle that occurred with less than 10-to-go. While these stoppages would disrupt some leaders’ momentum, they actually worked in Weisser’s favor Saturday night.

“When I stopped on that red flag, I was thinking that my tires are gonna cool down because I had a hard tire on the right-rear. After that red, the car actually got better. So, I think the tire got hot and it cooled back down and actually got better after the red,” he said.

After five completed events at East Bay Raceway Park last week and two in the books at North Florida this weekend, the UMP Modified Florida Speedweeks points are now beginning to show the consistent drivers out front. Lee has been one of only a handful of drivers to compete in all seven events up to this point, which roughly marks the halfway point of the points chase.

Fifteen events in total are on the schedule between the East Bay and North Florida Winternationals and Volusia Speedway Park’s 50th DIRTcar Nationals next week. With seven now in the books, Lee finds himself among the frontrunners for the points lead with his consistent podium and top-five finishes.

“It is good to come out of here in Florida with good runs, but heck, I’ve come out with the lead in the last couple years, and I’ll take a break. But it’s good to be up there in points,” Lee said.

The Winternationals action continues from North Florida Speedway with the finale on Saturday night. $1,500 on the line for the DIRTcar UMP Modifieds in race #8 of DIRTcar Florida Speedweeks. Stay tuned into DIRTcar Racing’s social media channels for all the latest updates and exclusive content. 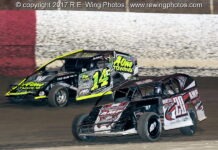 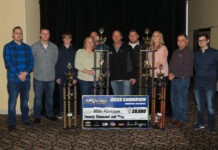 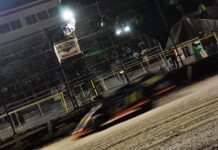