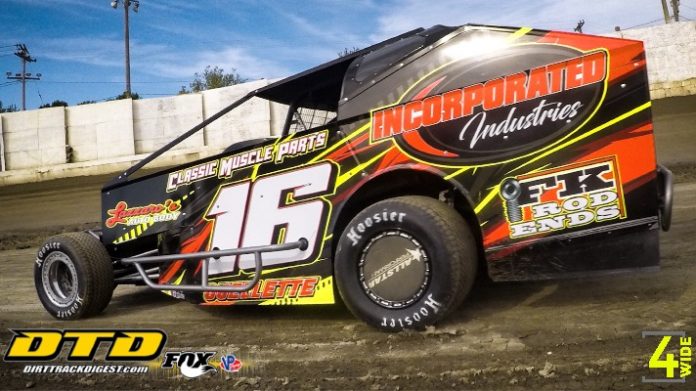 My Mother is currently fighting an illness, and with Mom’s recent illness things have gone a little into overdrive for us, especially as my dad owns his own business, and me being in graduate school while working. We’ve all been trying to take care of each other and mom, just making sure that everything is running smoothly and that mom can be in the best frame of mind and have as much strength that she can to get better. There has been a lot of running back and forth, and things have felt overwhelming for everyone at times. We’ve been “lucky” that the beginning of this season has been pretty uneventful for our racing. We have some Top Tens and have been able to come home with a straight racecar and not much maintenance to do. We got lucky with a rainout a few weeks ago which gave us some extra time to get things ready for Saturday at Lebanon Valley. The rainout also meant that we didn’t have to make it to the track and leave mom by herself. Being able to get all of the things together that we need to, and to be in the right mind space to be ready to race has been a challenge. I have been so amazed with my dad and all of the work he’s put in, both his and my mother’s resilience is inspiring. Racing has always been an escape for me and has been something that I’ve always looked forward to. If I could, I’d race every day, but we’ve been laying low and trying to keep ourselves from racing too much until things calm down, even though my mom has been encouraging us to race, despite her condition. She knows how much we love it, and she is supportive to the end, even when she is pacing back and forth and covering her eyes when I’m on the track. She puts up with us out in the barn working on the cars for what seems like an obscene amount of time and she has to endure the constant racecar talk at the dinner table.

Being able to make it to the races this past weekend meant so much. Upon arriving, I didn’t think that dad was going to make it. I told him that we could handle it if he needed to stay home with mom, since she wasn’t feeling well that morning. We loaded up and our faithful crew was ready to go. The day didn’t start off promising. We had changed a brake line during the week, and when I went to take it for a spin around the pit, the car wouldn’t start, even though we had it running before we left for the track. It turns out that the rev box was shorting out the motor, but we figured it out and were all set to go.

I went out for practice, and when I came in, you can imagine my surprise as I saw BOTH of my parents standing in the trailer. I had a huge smile on my face. My crew had everything prepared and had my dad at ease instead of stressed out.

In my heat, the car was on rails and I got a second place. I was so happy that my dad came and was able to see all of his hard work pay off. The smile on his face was worth it all, and I was even happier that my mom got to be there to see us get some good results that we could work off for the feature. Our teamwork has really grown into something great, and my dad and I challenge each other in a good way and put our heads together often.

The feature started off good, and again, the car was on rails. At around lap 5, and while running third, the car started to go away and I knew something was wrong. It wasn’t a minor setup error, something was definitely broken and getting worse lap by lap, but I didn’t want to pull in running in the top 5.

I eventually bounced off of the wall, and we later realized that it was because I broke a shock. When I hit the wall, my rear end went cockeyed in the car, and I broke a bunch of other things including a torque arm, roller, and birdcages. I thought I was done, but my crew is smart, creative and quick and they worked like crazy to slap something together to get me back on the track for the last few laps of the race.

I don’t even have the words to say how impressed and proud I am of my team. I also am humbled by the amount of help we got from other people in the pit, and I have to give thanks to Scott Govertsen and Billy Richardson for going out of their way to run over and help us when we needed it.

My boyfriend Jay has been a whole other source of support. He is constantly helping us in the barn, running for parts, supporting me at the track, and keeping me positive when I need it most. He’s been keeping my head on my shoulders when it starts to spin off. I’m not sure what I’d do without him by my side throughout all of this. My sister, Casey, has been encouraging and runs for parts when dad and I need her to, even with her very busy schedule. My boyfriend’s parents have been at the track supporting me each week I run as well. My crew members Tyler, who is like a little brother to me, and Maynard and Mark are always willing to work on the car and are at the shop often. They love racing too, and always want to be involved.

Truthfully, I can say that I feel so lucky to have the sport of racing in my life, the relationships I’ve gained because of it, and how much it’s become a stitch in my family. I also feel lucky to have the people that I do surrounding me and giving me their love, encouragement, and support. The network of people that I have in my life is strong and close knit and I’m blessed for that. I have so many people to thank, including my dad, mom, sister, boyfriend, Tyler, Mark, Maynard, every person that has been giving us help, sending us kind words, and been there for us to lean on, and my sponsors, FK Rod Ends, Classic Muscle Parts, Lazzaro’s Auto Body, Blue Cord Media/4WIDE, Incorporated Industries, and Affordable Disposal Services.

Nikki drives the #16 Incorporated Industries Teo Pro Car Sportsman Modified powered by a Killer Crate at Lebanon Valley Speedway and Glen Ridge Motorsports Park. The 16 team also plans to race on the King of Dirt Sportsman Series when they are able

To stay up to date with Nikki’s racing: 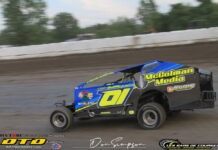