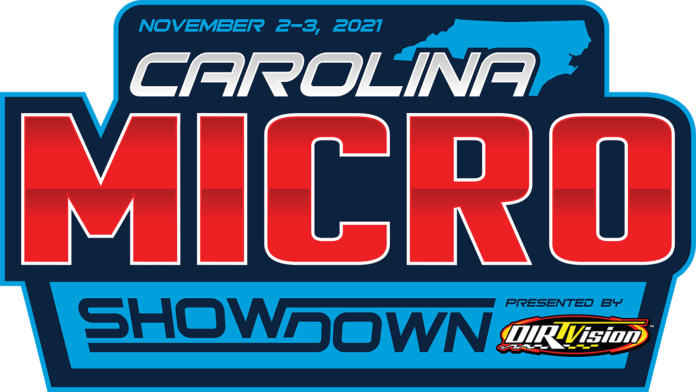 CONCORD, NC – From The Greatest Show on Dirt to standout weekly racers, DIRTVision is the home to elite dirt racing drivers around the world and now it’ll be home for the sport’s young rising stars.

Millbridge Speedway, in Salisbury, NC — the premier dirt track in the country for Outlaw Karts and Micro-Sprints — will have its weekly racing broadcast live on DIRTVision presented by Drydene. The speedway’s Tuesday and Wednesday night programs, 10 Saturday shows, and special Micro-Sprint and Midget events presented by DIRTVision will all be included in the annual and monthly FAST PASS subscriptions.

“I’m excited for this new platform to showcase the young talent at Millbridge,” said Ashly Burnett, Millbridge Speedway co-owner. “Not only are we in the racing business, we’re race fans. I’m really excited to be on the same platform as series like DIRTcar and the World of Outlaws. I think that will bring us in a new spotlight and put us in front of new fans.”

The partnership kicks off with the Tuesday, July 27, and Wednesday, July 28, shows at the track — featuring the Cadet, Beginner, Box Stock and Open divisions on Tuesday, and the Jr. Wing, Intermediate and Wing 600 classes on Wednesday.

To showcase the excitement and level of talent you can expect on a weekly basis at Millbridge, the July 27 and July 28 shows will be free to watch on DIRTVision.com and DIRTVision’s Facebook page.

“DIRTVision was started with the goal of showing the greatest races and drivers on dirt, from all levels and divisions,” said Brian Dunlap, director of broadcast for DIRTVision. “It’s exciting to bring that full circle with the addition of Millbridge Speedway to DIRTVision’s extensive lineup of top-tier events. You’ll not only see a consistency of great racing from Millbridge, you’ll be watching where future stars of the sport get their start.”

One of those rising stars is 13-year-old Gavan Boschele. Backed by Drydene and teamed with Swindell Speedlab, the young racer has collected more than 20 championships and 300 wins between his time racing Outlaw Karts, Micro Sprints, Quarter Midgets and Sprint Karts.

“Millbridge is a really fun track and we always put on exciting races,” Boschele said. “Along with myself, there’s a lot of good young talent at the track so it is really exciting to have our races showcased on DIRTVision along with the World of Outlaws and DIRTcar.

“I’ve watched my heroes on DIRTVision and strive to be where they are. It’s a great opportunity to get to be on the same platform as them.”

Along with showcasing Millbridge’s weekly racing, the partnership includes two high-profile events. The first is the two-day Carolina Midget Showdown presented by DIRTVision, Oct. 25-26, with $2,500-to-win and $7,500-to-win races – one of the top-paying Midget events in the country. The other is the $10,000-to-win Carolina Micro Showdown presented by DIRTVision, Nov. 2-3, which attracted more than 100 Micro-Sprint drivers from around the nation last November.

Both the Carolina Midget Showdown and Carolina Micro Showdown bring the superstars and rising stars of racing together in one place. It’s where fans can see the likes of Christopher Bell and Ricky Stenhouse Jr. compete against those still looking to make a name for themselves. With these events also being shown live on DIRTVision, Burnett said it will allow the track to further grow the events and potentially do more in the future.

“I want to be able to put the kids in a spotlight,” Burnett said. “Our Micro races put on a show of their own and bring a lot of fans into that environment, but to bring the spotlight to the kids is what I’m excited about. Their racing is just as exciting as the Micro-Sprints even at their young ages.”

You can watch all of these with the annual Platinum FAST PASS, which exclusively includes the 60th NOS Energy Drink Knoxville Nationals, or the monthly FAST PASS subscription. CLICK HERE to subscribe.