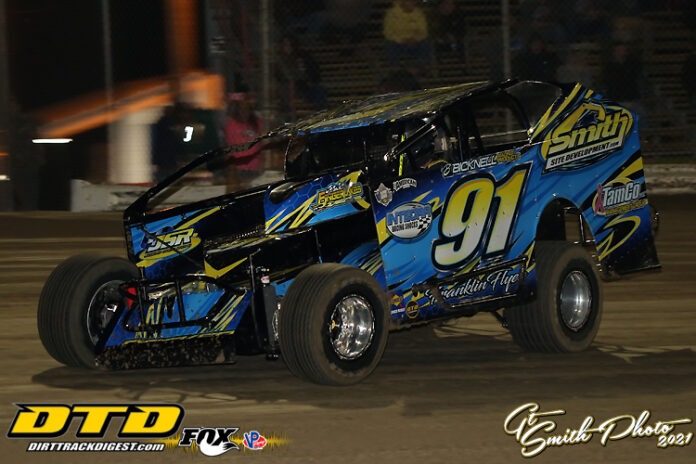 Billy Decker and Jeremy Smith are no strangers to teaming up together.  The Southern Tier duo have worked together over the last few seasons chasing Short Track Super Series events with plenty of success.

In 2022, it will be more of the same with an expanded schedule as the Smith team picks up some more of Decker’s schedule after he and LJL Racing parted company at the end of the 2021 racing season.

Decker and Smith are poised to chase the Short Track Super Series Elite title while also running select races with the series.  They’ll hit up some Super DIRTcar Series events while adding weekly competition at the Utica-Rome Speedway on Friday nights.  The full number of races had yet to be determined.

“It’s at least 50,” commented Decker when contacted by Dirt Track Digest.  “When you look at the schedule and the payoffs and stuff, it’s a hard time to retire.  This is a good time to be a Modified driver.” 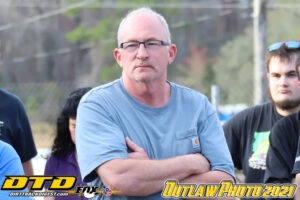 Decker has both a big-block and an open-small block at his disposal for season.  That helped make the decision for focus on the Elite Series while also competing on Friday nights at Utica-Rome Speedway.  They plan to be there nearly every Friday, but a race may be missed here or there.

“I’m not saying we’ll make every show, but we probably will,” said Decker about Utica-Rome.  “That is what our equipment is geared for.  Jeremy was geared for that circuit.  Given the small-block he has, it just makes sense.  Plus, it is a half hour closer for me and for them.”

Decker was able to talk long-time crew-chief Scott Jeffery into joining the team for some races as the pair hopes to build on past success that saw them win series titles and championships.  Jeffery will help on the Elite Series as well as some other events.

“We kind of heard that Brett’s (Deyo) Elite Series was coming last year,” stated Decker.  “I asked him if he wanted to chase those races that didn’t conflict and he said ‘hell yeah.’  That was the plan then.  It grew into some more races.  I think it is an opportunity for Scott as well.  It’s really comforting for me.  Jarrod and those guys did a nice job at Smith and I think we can hopefully add to the program a little bit more.”

Besides being the driver of the No. 91 with the Smith team, Decker serves as a mentor to Jeremy’s two sons Darren Smith and Matt Meade.  They both compete regularly on the weekends at various speedways.

“It’s different and fun,” said Decker.  “They listen when you say something and you usually have their ear.  They are fun kids.  When you say something, they pay attention.  They aren’t smarter than me yet (he said laughing).  It’s a lot of fun.  They need experience more than anything.  I know I’m getting crotchety and little old.  I’m one of them guys now were things piss me off.  You look at the younger guys and they are eager.  It doesn’t matter.  The weather doesn’t matter, the time of day doesn’t matter, they are just genuinely in a better mood.  It’s fun to hang out with people like that.”

For Smith, putting Decker in the car was a no brainer.

“Everyone on this team is work oriented,” commented Smith.  Whether it be the mill (Decker) or us with the construction company.  We’ll have a couple guys in the shop thinking about racing on Monday morning while we are all building things or sawing wood so we can stay competitive.  We are looking to have some fun while being as competitive as we can.  For all of us it’s work and family then racing.”

Plus, Smith is a big fan of Decker’s.

“He’s still got it,” said Smith of Decker.  “Hopefully we can give him the equipment to go out there to be competitive and get some wins.  He’s also been a great role model for my boys.”

Smith, a former driver himself, stepped away last season from driving duties.  He plans to stay out of the seat again this year allowing his sons and Decker to take the reins.

“I want to get back in the seat down the road,” Smith said.  “Last year Florida kind of opened my eyes.  I’m competitive on the local scene, but on the bigger level I don’t have enough seat time and stuff.  I’m just at a different spot in my career with kids and everything that driving doesn’t mean as much.

“It was Max (McLaughlin) and Billy going for it for the points at Volusia.  You had an older guy and younger guy going at it.  I told myself I needed to get out of the way.  Billy still has it and I got to let Darren and Matt see what they can do.  I was just getting in the middle of the works.  That’s why we setup the schedule the way we did.  Billy ran all the big races last year and the boys ran the weekend while helping him during the week.”

Decker and Darren’s seasons kick-off with the Sunshine Swing at All-Tech Raceway for the Short Track Super Series.  Darren will stay south for Volusia Speedway Park while Decker will head back south to Cherokee Speedway for the Elite Series opener in late February.