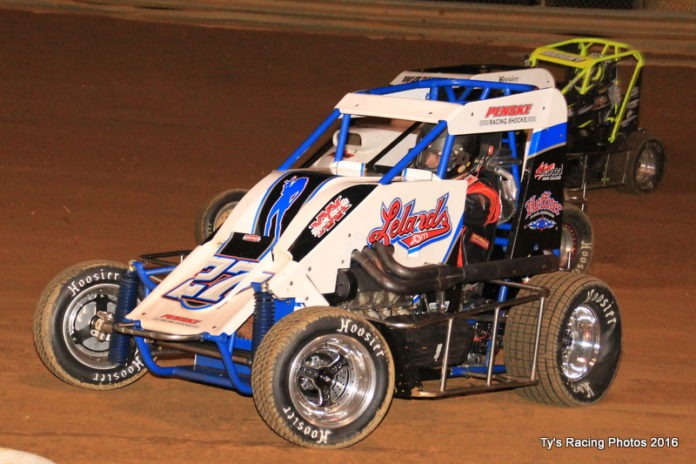 The United States Auto Club and the American Racing Drivers Club have announced a partnership that begins in 2017 with a 19-race slate scheduled at a bevy of traditional stops for midget racing in the east.

The USAC Eastern Regional Midget Series presented by ARDC will ensure that midget racing remains a stronghold in the east. The clubs are two of the most storied in the history of midget auto racing with ARDC’s roots dating back to 1940 and USAC’s to 1956.

“I am thrilled that we are partnering with an organization with the legacy of ARDC,” USAC National Series Director Levi Jones said. “By partnering with ARDC, it solidifies the presence of USAC Midget racing across the United States’ landscape from the West Coast to the Midwest to the East Coast, in addition to the USAC Midget National Championship. I am really looking forward to working with (ARDC President) Wayne Lesher, the drivers and teams of ARDC for the 2017 season and beyond.”

“Everyone involved with the ARDC is very excited of our partnership with USAC,” Lesher stated. “USAC gives the ARDC a national platform and ARDC gives USAC a regional presence on the east coast. Both organizations have a common goal of promoting midget racing, so it wasn’t a hard decision for either side to make.”

ARDC’s 75th year of competition is highlighted by high-profile events including six that share the stage with USAC’s national series. In fact, the series will share the event card with all three of the national divisions in 2017.

On June 15 and 16, the USAC/ARDC Midgets will race on back-to-back nights at the historic Williams Grove Speedway half-mile in Mechanicsburg, PA. The first of the two events, which are both part of the 11th annual Eastern Storm, takes place on Thursday, June 15 with the USAC AMSOIL Sprint Car National Championship. The following night, Friday, June 16, the midgets compete on a docket that also features the USAC Silver Crown Championship’s “Horn-Schindler Memorial” 100-lapper.

Amid the month of August, the third edition of Pennsylvania Midget Week comes to the Keystone State for four races at four different tracks in a span of five nights in a battle for territorial supremacy with the USAC Midget National Championship.

York Haven’s Susquehanna Speedway kicks the week off on Sunday, Aug. 13 with races at Spring Run’s Path Valley Speedway Park (Aug. 14) and Lanco’s Clyde Martin Memorial Speedway in Newmanstown on the two following nights. A one-day break for rest or a possible rain date (if needed) is slated for Aug. 16 with the week concluding at a yet-to-be-determined venue in Pennsylvania on Aug. 17.

ARDC is the longest, continuously-operating midget racing series in the United States, crowning its first champion, Bill Schindler, after the 1940 season. In 2016, Alex Bright of Collegeville, PA, a veteran of both ARDC and USAC for several seasons as well as the winner of a Chili Bowl Midget Nationals preliminary feature win, earned the title.

The lineage of ARDC champions includes some of the most legendary and successful names in midget auto racing history including Henry Banks, Dutch Schaefer, Mike Nazaruk, Jiggs Peters, Len Duncan and Ray Bull. Plus, Nick Fornoro Jr. and Sr., Johnny and Joey Coy, Bob and Lou Cicconi, Jr., Steve and Tim Buckwalter as well as Bryan and Trevor Kobylarz.