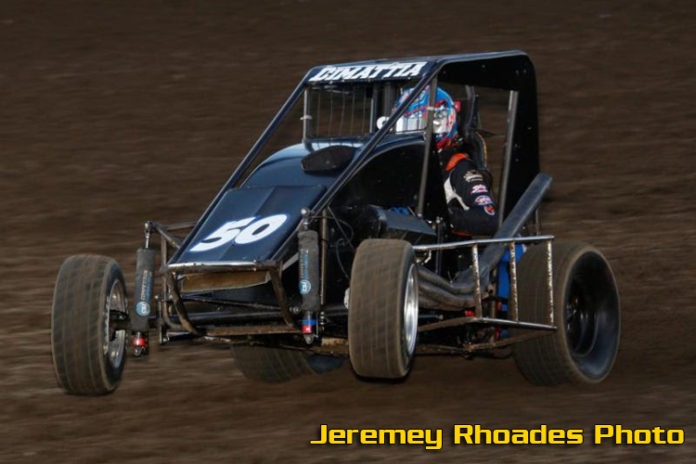 The state of Illinois will play host to a triple-header docket of events featuring the USAC Midget National Championship in Macon, Lincoln and Springfield on Independence Day weekend in 2017.

Beginning on Saturday, July 1, the tour heads off to Macon Speedway for the first time in a decade. The intense one-fifth-mile bullring’s history with the USAC National Midgets dates to 1959 when local hero Don Branson took the checkered flag.

Lincoln Speedway is the following night’s stop on Sunday, July 2, marking the first visit for the series at the racy quarter-mile since Bob Tattersall’s victory in 1964.

The tour concludes on Monday, July 3 with the Adam Lopez “Illinois Midget Nationals.” The visit marks the series debut at the one-sixth-mile Illinois State Fairgrounds Multi-Purpose Arena located outdoors, adjacent to the famed Springfield Mile which annually hosts the USAC Silver Crown Series’ “Bettenhausen 100” each August. The Springfield Mile was the venue for the series’ most recent event in the capital city of Illinois in 1996 when Brian Gerster triumphed.

USAC National Midget pilots Tanner Thorson, Spencer Bayston, Brady Bacon, Chad Boat, Tyler Courtney, Shane Golobic and Dave Darland will be among many hunting for victory on the first occasion of three-straight Illinois races on the series schedule in 30 years!

“This will surely be one ‘can’t miss’ event to kick off the summer,” USAC Series Director Levi Jones exclaimed. “USAC has a great tradition with the state of Illinois dating back to the beginning in 1956 and it is an honor that the stars of the USAC National Midget series will be showcased on such a great weekend of events.”