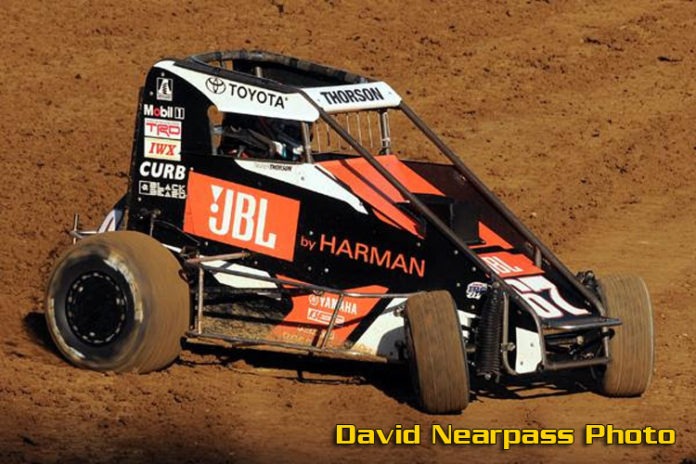 Thorson, the defending USAC National Midget champ, leads the five-car Keith Kunz/Curb-Agajanian stable into Du Quoin. The Minden, Nevada native won six features on his way to the title one year ago, and intends to kick off the year in strong fashion with intentions of becoming the first back-to-back series champ since Bryan Clauson in 2010 and 2011. Thorson is joined on the KKM team by Lebanon, Indiana’s Spencer Bayston, who was victorious in last season’s Gas City round of “Indiana Midget Week.” Rounding out the KKM lineup is Sacramento, California’s Holly Shelton, Foresthill, California’s Ryan Robinson and series Rookie of the Year contender Tanner Carrick from Sacramento.

Christopher Bell, a USAC National Midget champion for KKM in 2013, will pilot the No. 21. The versatile Norman, Oklahoma native finished third in 2016 NASCAR Camping World Truck Series points and is also a past winner in the USAC Silver Crown Champ Cars as well as the World of Outlaws Craftsman Sprint Car Series.

Tucson, Arizona’s Jerry Coons, Jr. is one of just six drivers part of the exclusive USAC Triple Crown Club that includes drivers who’ve earned a title in each of USAC’s three national divisions: Silver Crown, Sprint Car and Midget. Coons, the 2006 and 2007 USAC National Midget champ, returns to the seat of the Petry/Goff Motorsports No. 25.

Two-time USAC AMSOIL National Sprint Car feature winner Kyle Cummins of Princeton, Ind. intends to make his USAC National Midget debut aboard the Chase Briscoe Racing No. 5. Another driver who broke through for his first USAC National win in 2016, Brent Beauchamp of Fairland, Ind., is entered in his own No. 11.

A handful of flyin’ Illini have mailed in their entries including 2015 Indy Invitational winner Kyle Schuett of Philo as well as longtime midget competitor Tim Siner of Dupo and Daniel Robinson from Ewing.

Entries continue to pour in for the $3900-to-win USAC Midget National Championship season opener which brings the series indoors for its only points race of the season. Last year’s “Shamrock” brought 54 midgets to battle it out for the “Pot of Gold” trophy and many additional entries are expected to be filed within the next couple weeks leading up to raceday.

Free entry is available for all “Shamrock Classic” competitors courtesy of R.E. Griesemer at https://usacracing.ticketspice.com/shamrock-classic-at-du-quoin-entry. Use the code regriesemer. The deadline for pre-entry is Monday, March 13. Entries filed after March 13 are $40.