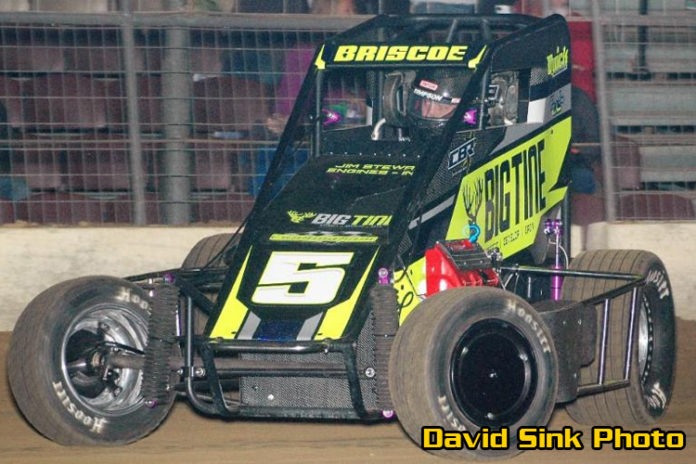 The beginning of the 2017 National Midget season marks a new beginning for one of USAC’s longtime standout Sprint Car stars, Kyle Cummins.

Cummins, the 29-year-old Princeton, Indiana veteran driver has raced his way to numerous feature victories and championships throughout his decade-and-a-half career behind the wheel of a sprint car. But on Saturday night, March 18 at the Du Quoin State Fairgrounds’ Southern Illinois Center, he attacks a new challenge as he straps into the seat of a midget for the first time in the “Shamrock Classic” USAC National Midget season opener.

“This will be my first time in a dirt midget,” Cummins establishes. “I haven’t raced much other than a sprint car in years. I figure it has four wheels, a motor and we’re on dirt, so I think I’ll adapt pretty quickly”


Cummins’ ride for Du Quoin will be fielded by Chase Briscoe, a recent sprint car and midget driver who picked up an ARCA Stock Car driving title in 2016 and now competes full-time on the NASCAR Camping World Truck Series circuit. Cummins and Briscoe have battled alongside each other for much of the last decade, but this time they’re teaming up, and with high aspirations.

“With the equipment and the knowledge they bring, there are no excuses to not be in the top-five or so,” Cummins admits. “If I left there with a top-three finish, I would be content for the first night out. I have high expectations for myself, but I know it will be a good accomplishment just to put it in the A-Main with this group of cars. At this moment, this is the only race I will run (in a midget), so hopefully we can have a good showing and run again.”

The connection between the Cummins and Briscoe families date back to before Kyle and Chase’s own careers had even begun. Back when each of their fathers, Mark Cummins and Kevin Briscoe, were battling up front on a weekly basis on the bullrings at Haubstadt and Bloomington.

“I have known the Briscoes for years, from going racing with my dad, to racing with Kevin when I first started, to racing with Chase,” Cummins recalls. “In my third or fourth season, I ran for Richard (Briscoe) a hand full of times in the famous white and red No. 5. Chase and I have always been friends and have gotten along really well. He asked me at the PRI show in December if I would be interested in running his midget a couple times if he couldn’t, and I was all for it.”

Coming on the heels of his first two career USAC AMSOIL National Sprint Car wins a year ago during “Indiana Sprint Week” at Kokomo and the “Haubstadt Hustler” at Indiana’s Tri-State Speedway, Cummins is pumped at the thought of finally getting on track at the one-sixth-mile indoor bullring, a place he’s been to as a fan, but not as a competitor.

“I’m pretty excited to get the chance to go to Du Quoin as a driver instead of as a spectator,” said Cummins, who is the owner of a CNC machine shop in Haubstadt by day. “There’s a lot of luck that is involved to keep your car out of trouble and finish up front. I just hope that I feel comfortable in the car. If I feel good right out of the gate, I think we can have a good run for my first time in a midget.”

Free entry remains available for all “Shamrock Classic” competitors courtesy of R.E. Griesemer at https://usacracing.ticketspice.com/shamrock-classic-at-du-quoin-entry. Use the code regriesemer. The deadline for pre-entry is Monday, March 13. Entries filed after March 13 are $40. 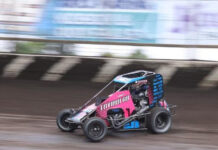 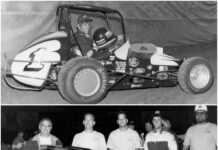