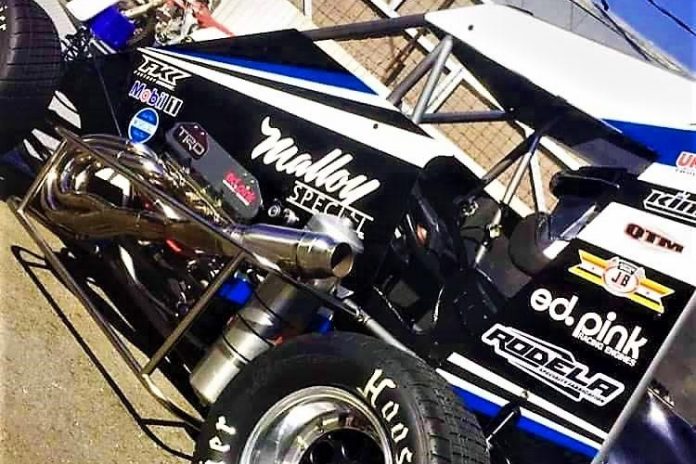 Gardner called central Indiana home for several years of his childhood, but the Corona, California resident has quickly become one of the premier drivers on the west coast where he’s claimed four-straight USAC Western States Midget titles and collected 21 career victories, placing him fourth all-time on the series win list.

Gardner has accomplished all those particular feats aboard the Six8 Motorsports No. 68. But when he arrives Tuesday at his Montpelier, Indiana destination following a cross-country road trip from Cali, Gardner will strap into a car he’s normally competing against – the Jerome Rodela-owned #25x.

“Jerome was looking for a driver,” Gardner recalls. “I race with him out west, so he gets to see me run quite a bit. I’m not sure why I got the call, but I’m honored he chose me. He’s got really nice equipment and I hope we can jell quickly and have some good runs this week.”

Gardner will teammate with Rodela’s season-long pilot, 2016 Western States Midget Rookie of the Year, Courtney Crone, who will sport the No. 25.

For Crone, it will be her first USAC racing experience in Indiana. For Gardner, though, this will be his third Indiana Midget Week trip. He’s made five career IMW feature events in 2014 and 2015 for Six8 and A.J. Felker, but has only managed to record a best finish of 12th at Lawrenceburg in 2015.

Now that he’s gotten a little more seat time on the Indiana soil, the 29-year-old Gardner feels ready to meet the challenge of six-straight nights of racing on six different tracks.

“I’m so excited to be back in Indiana with a little bit of experience at these tracks,” Gardner said. “It’s my third time out here and I believe I’m more prepared than I’ve ever been.”

After Tuesday night’s show concludes, Indiana Midget Week picks up Wednesday, June 7, at Gas City, Thursday, June 8, at Putnamville’s Lincoln Park Speedway, Friday, June 9, on the red clay of Bloomington Speedway. The penultimate round heads to the high banks of Lawrenceburg Speedway on Saturday night, June 10. The series’ finale hits one of USAC’s most regularly-visited tracks in Kokomo Speedway on Sunday night, June 11.

All six nights of Indiana Midget Week will feature sprint car racing as an addition to each night’s festivities.