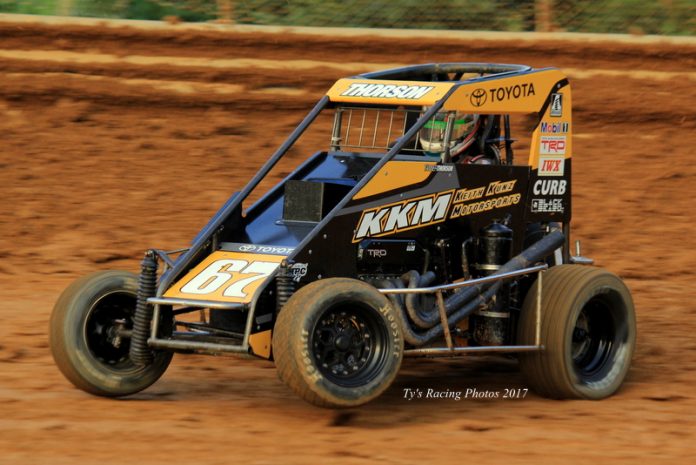 NEWMANSTOWN, PA – One year ago at Lanco’s Clyde Martin Memorial Speedway, Tanner Thorson needed all the heroics he could muster to pull off a last-lap, last corner pass to take the victory.

In Tuesday night’s third round of “Pennsylvania Midget Week” with the USAC Eastern Midgets presented by ARDC at the 1/8-mile bullring, it was a relative comfort cruise for Thorson as he led all 40 laps to take his second USAC National Midget victory of the year in his Keith Kunz-Curb-Agajanian Motorsports/JBL Audio – TRD/Bullet by Spike/Speedway Toyota.

After a tumultuous 48-hour period that saw him lose his lead on the final restart on Sunday at Susquehanna, then some, shall we say, fireworks on the final lap of Monday’s feature at Path Valley Speedway Park, Thorson was champing at the bit to return to the seat after seeing near victories go by the wayside the last two nights.

“Very, very eager.” Thorson exclaimed. “I’ve learned to put my past races behind me. If you keep worrying about the stuff that happened the last couple of nights, you lose focus and forget what you’re doing here today. The best thing you can do is go out there and do what you do best and put it behind you.”


Thorson was the beneficiary of an outside front row starting position after an opening lap tangle between Clauson/Marshall Racing teammates Tyler Courtney and Justin Grant. Exiting turn two, Grant ramped over the right rear tire of Courtney’s car, sending him flipping wildly, ending his night. After winning the “PA Midget Week” opener on the last lap at Susquehanna, Grant has found himself upside down on consecutive nights.

A double-file complete restart would move Thorson up a row from the outside of row two to the outside of row one alongside Courtney. Immediately, Thorson was gone and quickly dove down the bottom in front of Courtney to secure the position. The bottom would prove to be the place to stay on a heavy surface that was doused with moisture from Mother Nature over the past several days that didn’t require the use of a water truck at any point in the track’s preparation.

In most cases, you’d hear a driver describe the benefits of starting up front, but Thorson has a unique perspective contrary to the norm regarding where he prefers to begin his races. But after watching the prelims leading up to the 40-lap main event, Thorson changed his perspective, at least for this night.

“Last night, Brady (Bacon) ran a little different line than I was and that made me a sitting duck, not knowing what was going on behind me,” Thorson expounds. “I like to be in that 2nd or 3rd row spot so I can have room to move around and find out which line is faster. I was kind of upset at first having to move up to the front row until we started and I saw that the track was moving down toward the bottom.”

On the fourth lap, Brady Bacon got to the inside of Spencer Bayston entering turn three and was able to stick it on the bottom to claim second. Bacon led a combined 18 laps over the first two nights of “PA Midget Week” and put himself in position to make a bid for the lead if opportunity knocked.

Thorson would have to endure restart after restart, the last of which came after Holly Shelton and Kenny Miller, III got together on the back straightaway on lap 21, sending Shelton flipping multiple times. She walked away.

Consistency is the key when track position is so substantial. One slip up is all it takes and all could be lost as a freight train of cars drive by for the position. Thorson wasn’t keen on letting that happen to him tonight.

“When the track’s that heavy, the biggest thing is hitting your marks,” Thorson notes. “The closer you could get to the infield tires, the better and not let anybody get underneath you. The way you could see the track forming up, nobody was running up there at all. It was rough and crumbly up there. It helps your mindset coming back from a yellow knowing that nobody’s going to blow around you. I think that’s a huge part of knowing the track and looking at it as you’re rolling around there under the yellow.”

With 19 to go, Thorson, Bacon and Courtney ran nose-to-tail, but gradually, Thorson kicked open the lead ever so slightly to leave Bacon and Courtney no chance down the stretch as Thorson drove away to his 12th career USAC National Midget win, tying him with a list of drivers that includes Danny Caruthers, Gene Force, Russ Gamester, Jeff Gordon, Bobby Grim and Ron Shuman. Bacon, Courtney, Bayston and Shane Golobic rounded out the top-five.

It was the second year in a row for Thorson to claim victory at Lanco, a place that he took to right from the get-go due to the similarities it shares with a track he grew up competing on regularly.

“It kind of reminds me of a go-kart track I raced at back home called Cycleland Speedway,” Thorson explains. The track layout itself is the same, just a little bigger car and a little bigger track this time around.”

Coming into August, Thorson stood 6th in the USAC Midget National Championship standings, 132 points out of the lead. After rattling finishes of 1st, 4th, 3rd, 2nd and 2nd in his first five starts of the month, and now another victory, Thorson finds himself 4th and 84 points back as he steadily makes a charge to become a back-to-back series champ, yet the Minden, Nevada native admits that hasn’t played on his mind just yet.

“I’m not here to race for points,” Thorson said. “I’m going to take each race by itself as it comes. If I win, I win. If I don’t, I want to run the best that I possibly can. I’m not going to dwell over worrying about points. Last year, I didn’t do it one bit until the last couple of races. That’s the plan this year and we’ll see how it plays out. We come here to win and Keith (Kunz) has a lot of expectations for us because of his past success and the equipment that we’re in. I’m really fortunate to be with the group of people I’m with.” 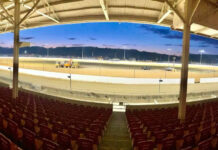 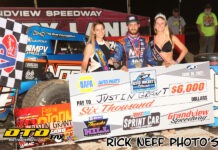