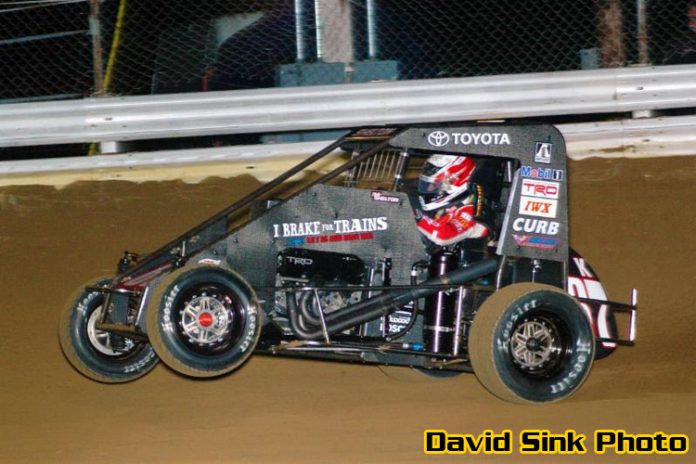 WAYNE CITY, IL – In the late 1990s, Jason Leffler made tracks big and small his personal playground as he raced to three consecutive USAC National Midget titles. Though Leffler may have been small in stature, his legacy in the sport of midget racing remains that of a giant.

One look at the one-eighth-mile dirt oval of Wayne County Speedway in Wayne City, Illinois gives the impression of diminutive. But that’s just a front for the spectacular wheel-banging, ultra-competitive style that has become the norm on this southern Illinois soil nestled between farmland during this harvest season.

This Sunday, we race in Leffler’s name with the fifth running of the “Jason Leffler Memorial.” Like Jason, don’t underestimate size. Small cars on a small track will bring out the big hearts and the big right feet when there’s big money on the line this Sunday, October 22 with $20,000 big ones going to the one with the biggest will to win.

Broken Arrow, Oklahoma’s Brady Bacon is the defending winner at Wayne City, leading the final 33 laps to capture an emotional victory – the first for car owner Frank Manafort and a meaningful win for USAC Hall of Fame crew chief and car builder Bob East who guided Jason Leffler to USAC National Midget titles in 1997-98-99 and a Silver Crown championship in 1998.

Clauson/Marshall Racing made its debut in the event a season ago. This year, they’ve taken on a full-assault of the series championship with five wins and it’s three-driver arsenal of Shane Golobic, Tyler Courtney and Justin Grant all reside in the top-six of the standings.

The Clauson name has been victorious at the “Leffler Memorial” before when, in 2015, Bryan Clauson outdueled Rico Abreu in a memorable finish that we won’t soon forget.

Almost astonishingly, this is one of the few races that the Keith Kunz/Curb-Agajanian Motorsports team has not tamed yet, though they have finished as the runner-up three years in a row with drivers Christopher Bell, Rico and Tanner Thorson.

KKM’s top-pilot this season has been Spencer Bayston of Lebanon, Indiana who holds a 66-point lead over Bacon coming into Sunday’s race, which serves as the final event in the Midwest before the series heads west to Cali for season-enders at Bakersfield and Ventura in November.

The “Leffler Memorial” also holds a unique place on the racing calendar in that it brings out drivers who normally don’t compete with the series during the outdoor season. 2013 World of Outlaws Sprint Car champ Daryn Pittman of Owasso, Oklahoma won the race in 2014 and finished fourth in 2015. He will be a contender Sunday along with the likes of fellow sprint car standouts making rare midget appearances: San Jose, California’s Thomas Meseraull in the Amati Racing No. 66 and recent “Tony Hulman/Don Smith Classic” victor Kevin Thomas, Jr. of Cullman, Alabama at the wheel of Austin Brown’s No. 7B, among many others.

The USAC/POWRi co-sanctioned event also features a format dissimilar to the majority of USAC events with no qualifying, but instead utilizing qualifier races and heats seeding the A-Main starting field.

Big names have missed the field in past years and nothing is a given at Wayne City. Drivers are going to have get up on the wheel, stand on the gas and put it in the show on these tight confines, which more than certainly will be a show for the fans in itself.

The “Jason Leffler Memorial” begins with pits opening at 11am, front gates opening at 3pm, drivers meeting at 3:30pm and cars on track at 4pm.
Adult general admission tickets are $15. Children 12 and under are free with paid adult. Pit passes are $35. 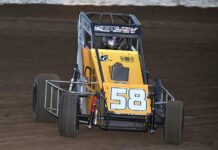 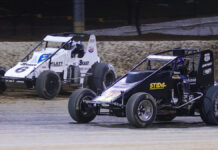