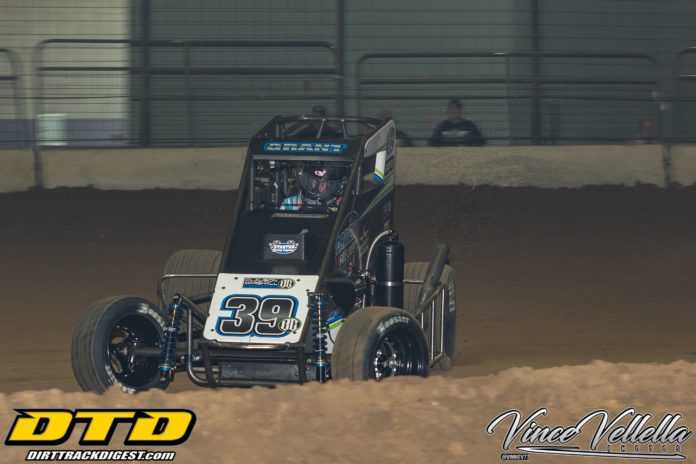 His teammates include 2017 USAC Most Improved Driver and 2016 “Knepper 55” winner Tyler Courtney of Indianapolis, Indiana, plus Ione, California’s Justin Grant, the winner of the most recent race at the Southern Illinois Center, March’s “Shamrock Classic,” and Shane Golobic of Fremont, California, winner of the Shamrock Classic in 2016.

In fact, CMR’s head wrenches Tim Clauson and Tyler Ransbottom were a part of the winning team in all four of USAC’s appearances at the Southern Illinois Center. Joining those previous winners for the upcoming race are 2017 Don Basile “Turkey Night Grand Prix” Rookie of the Race Zeb Wise of Angola, Indiana as well as King of the West/NARC standout Gio Scelzi of Fresno, California.


Keith Kunz/Curb-Agajanian Motorsports has entered three cars for the “Knepper 55.” Two of which will be driven by a pair of drivers who own three of the last five NASCAR Camping World Truck Series championships.

Norman, Oklahoma’s Christopher Bell needs no introduction to midget racing fans. The 2013 USAC National Midget champ recently wrapped up the NASCAR Truck title, then proceeded to travel to Ventura, California to win the “Turkey Night Grand Prix.” On the other hand, Matt Crafton of Tulare, California has made over 400 starts in the NASCAR Truck Series, but the “Knepper 55” will mark the two-time NASCAR Truck champ’s initial midget start. Lincoln, California’s Tanner Carrick rounds out the team’s driver lineup. Carrick was honored last Friday as the USAC National Midget Rookie of the Year.

Phoenix, Arizona’ Chad Boat, a three-time winner on the USAC National Midget trail in 2017, will partner up with Bixby, Oklahoma’s Tanner Berryhill on a two-car Tucker-Boat Motorsports team.

The Knepper family is once again sponsoring FREE entry for competitors to enter their midgets for the Saturday, December 16th “Junior Knepper 55” USAC Special Event at the Southern Illinois Center in Du Quoin, Illinois.

After visiting https://usacracing.ticketspice.com/2017-knepper-car-entry, use the coupon code “KNEPPER” to enter your car for the race at no charge. The offer expires Sunday, December 10th, 2017. The complete pre-entry list for the event will be published the following day, Monday, December 11th.