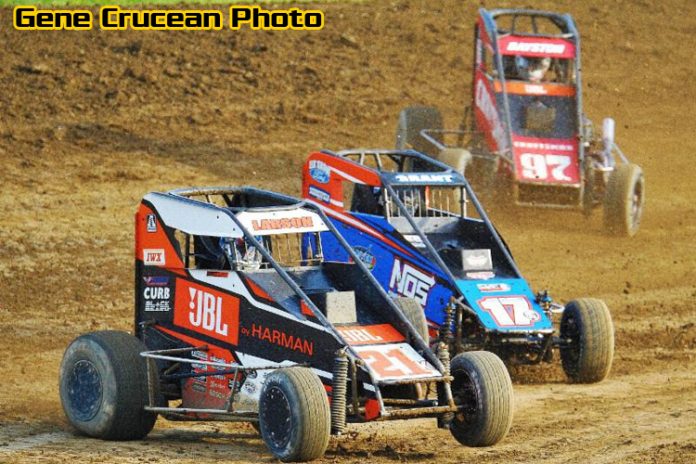 SPEEDWAY, IN – The entry list for the Driven2SaveLives “BC39” presented by NOS Energy Drink has surged to over 90 drivers for the September 5-6 event at The Dirt Track at Indianapolis Motor Speedway.

At this rate, the event would be the largest car count for a USAC P1 Insurance National Midget race since the final event held at Ascot Park in 1990 when 109 drivers competed in the “Turkey Night Grand Prix.”

However, the cutoff for all drivers and teams entering to compete in the “BC39” will be Wednesday, August 29 at noon. Pit passes will continue to be sold through raceday at http://www.BC39.com/.

Tickets are still available for both nights of the “BC39” that feature a plethora of racing. The first ever night race at the Indianapolis Motor Speedway will take place Wednesday, September 5 with hot laps, 12 heart-stopping heat races and a unique pursuit race hitting the quarter-mile dirt oval.


On Thursday, September 6, hot laps, qualifying races and the last chance races will feed into the 39-lap A-Main for which the winner will take home $15,000, the most of any midget race in the USA, among a purse and incentives that total over $70,000.

Pit passes do not include a seat in either the reserved grandstands located right next to the track or general admission stands, so grab yours now!

Pit passes, reserved and general admission tickets can be purchased online at http://www.TheBC39.com/ or via phone at the IMS ticket office at (317) 492-8500.