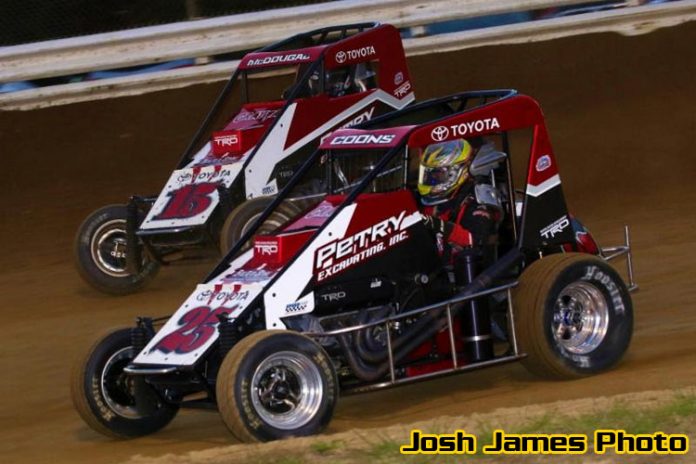 BAKERSFIELD, CA – An abundance of USAC Midget racing talent will be on display in this Saturday’s “November Classic” at Bakersfield Speedway as the P1 Insurance National Midgets clash with the Light Up The World Western States Midgets for the first of two times in 2018.

The stacked lineup also features four additional individuals who’ve driven to USAC National Midget victory lane in 2018: Tyler Courtney, Brady Bacon, Zeb Wise and Chad Boat. Michael Pickens won a pair with the series in 2017, but will be making his first start of the year this Saturday. C.J. Leary has tallied wins in both the USAC Silver Crown and AMSOIL National Sprint Car series this year, but is on track to make a rare midget start this weekend in search of his first series victory.

Damion Gardner is a seven-time champ in USAC/CRA Sprint Cars, but he’s top-flight in a midget as well, with a win under his belt at Bakersfield in 2005. Shannon McQueen and David Prickett, the 2012 overall and 2012 Western States dirt champs, respectively, are also expected entrants along with the driver who swept both nights of the midget portion of this year’s “Louie Vermiel Classic” at Calistoga, Shane Golobic.