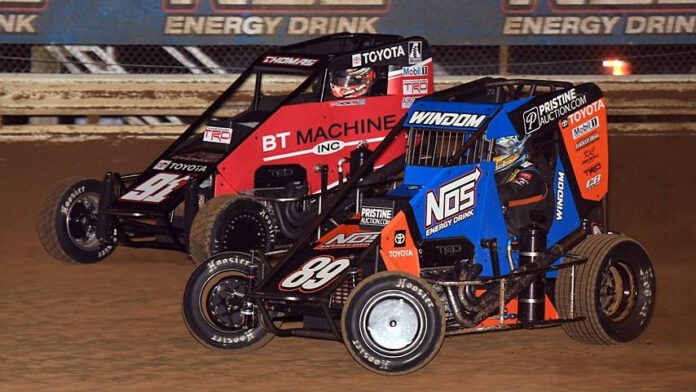 SPEEDWAY, IN – USAC’s 2021 NOS Energy Drink Midget National Championship season will consist of 43 events at dirt ovals from Florida to Pennsylvania, from Indiana to Oklahoma, and from Arizona to California, and several places in between.

The 43 events are the most for the series since 49 were on the slate back in 1988. A slew of brand-new events highlights the schedule, which begins with a two-night Winter Dirt Games showdown at Bubba Raceway Park in Ocala, Fla. on Feb. 5-6, where the winner’s share on the final night has been increased to $5,000.

Additions to the schedule this coming year will see the series take on an expanded Indiana Midget Week, which will now span eight races over two weekends. Two new additions to the busiest week-plus for the series include Tri-State Speedway in Haubstadt, Ind. on June 6 and the brand-new Circle City Raceway on June 9, the first series event held in Indianapolis since a date at the Speedrome in 2005.

For the first time since 2005, Rossburg, Ohio’s Eldora Speedway will serve as the host of two USAC NOS Energy Drink National Midget events in a single season. Only once before, 2001, have Midget races been held at the half-mile on consecutive nights. Twenty years later, that scenario rings true again with the series opening the 39th running of the 4-Crown Nationals on Friday, Sept. 24 with a full show followed by another round the ensuing night on Saturday, Sept. 25.

Three sets of one-track doubleheaders greet the midgets in the months of April and May with Port City Raceway in Tulsa, Okla. hosting back-to-back nights on April 9-10. Kokomo (Ind.) Speedway’s Kokomo Grand Prix sets the stage for a two-night extravaganza on April 30-May 1. Missouri’s Sweet Springs Motorsports Complex has been the stage for some of the most memorable series races of late, and it’s on at the 1/8-mile dirt oval for both May 14-15.

The James Dean Classic will feature both the USAC NOS Energy Drink National Midgets as well as the USAC AMSOIL National Sprint Cars on the same event card on Sept. 23. One final weekend in the Midwest places the series at Wayne County Speedway in Wayne City, Ill. for the Jason Leffler Memorial on Oct. 8 and Tri-State Speedway in Haubstadt, Ind. for Harvest Cup on Oct. 9.

A number of yet-to-be-announced USAC NOS Energy Drink National Midget events are also on the docket, including Sept. 9-10-11, a group of dates which are also displayed as “TBA” on the USAC AMSOIL National Sprint Car schedule as well.

The BC39 at The Dirt Track at IMS, as of now, does not have a date and time set in stone. The case is the same for the entirety of the west coast swing, which annually comprises the month of November: two nights of the 53rd Western World Championships at Arizona Speedway (San Tan Valley, Ariz.), a doubleheader with the USAC AMSOIL National Sprint Cars, plus Bakersfield (Calif.) Speedway’s November Classic, Merced (Calif.) Speedway, the three-night Hangtown 100 at Placerville (Calif.) Speedway and the Turkey Night Grand Prix at California’s Ventura Raceway.

Saturday, May 1: Kokomo Speedway – Kokomo, IN

(A) represents an event awarding appearance points only 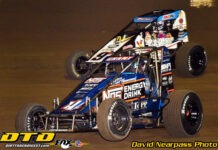 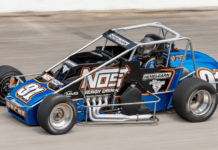 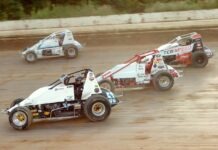 BOSS Sprints and RUSH Summer Showdown in Action at Lernerville