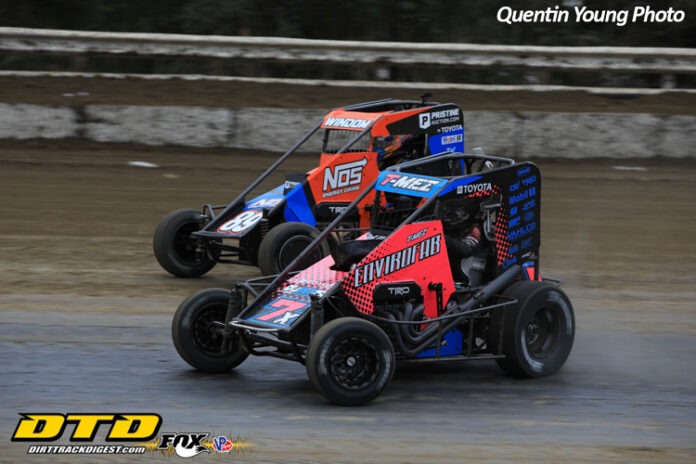 SPEEDWAY, IN – Chris Windom has charged into the Indiana Midget Week point lead with four races down and four to go this week June 9-12 as the halfway point has been reached for the 17th edition of the eight-race Hoosier State mini-series for the USAC NOS Energy Drink Midget National Championship.
Windom (Canton, Ill.) has earned finishes of 9th at Paragon, 2nd at Bloomington, 3rd at Lawrenceburg and 2nd at Tri-State to thrust himself to the top of the IMW standings by 13 markers over Bloomington winner Buddy Kofoid (Penngrove, Calif.). Lawrenceburg victor Logan Seavey (Sutter, Calif.) is third, 27 points behind Windom while Ione, California’s Justin Grant sits fourth and Locust Grove, Oklahoma’s Daison Pursley is fifth.
Last Thursday’s opening night Paragon winner Thomas Meseraull (San Jose, Calif.) is sixth in IMW points while Sunday’s most recent driver to celebrate a triumph, Kyle Cummins (Princeton, Ind.), is 11th in the standings.
Indiana Midget Week’s last four rounds fire off in succession this week with the series’ debut at Circle City Raceway in Indianapolis on Wednesday, June 9; Lincoln Park Speedway in Putnamville on Thursday, June 10; Gas City I-69 Speedway on Friday, June 11; and the finale at Kokomo Speedway on Saturday, June 12.
Tickets for all Indiana Midget Week events are available in advance at www.TracPass.com. By purchasing TracPass tickets in advance, you will save $5 on the price you’ll pay at the gate. Tickets will be on sale at the gate on each race day as well.
Each and every Indiana Midget Week event will be streamed LIVE on FloRacing at https://bit.ly/3dgONXz. 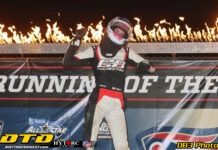 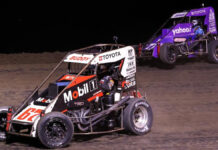