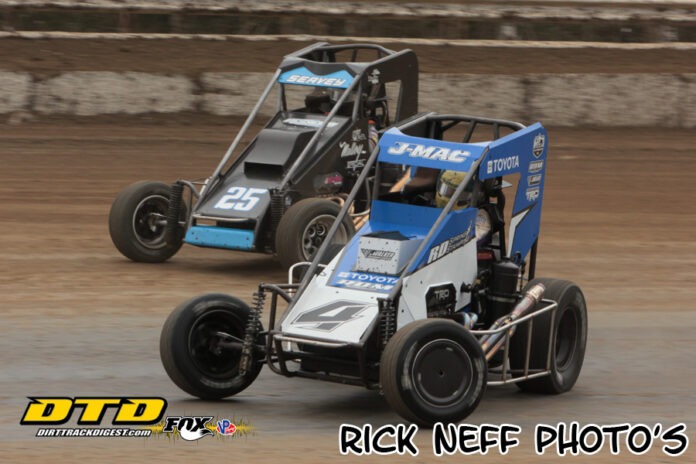 Now, on Sunday night, July 11, series competitors will be chasing an elevated purse, which will pay $6,000 to the feature winner and $400 to start, an increase in payout from top-to-bottom for the 40-lap John Hinck Championship feature event at the 1/6-mile dirt oval. The full purse is listed at the bottom of this press release.

Mid-America Midget Week begins on July 11 at Missouri’s Sweet Springs Motorsports Complex, followed by a July 13 date at Meeker, Oklahoma’s Red Dirt Raceway; July 14 at Solomon Valley Raceway in Beloit, Kansas; then concludes with two nights at Jefferson County Speedway in Fairbury, Neb. on July 16 and the finale on July 17 which will pay $10,000 to the winner.

Four previous USAC NOS Energy Drink National Midget events have been held at Sweet Springs, all of which featured memorable late-race duels for the win.


Logan Seavey captured the inaugural running in 2018 with the winning pass coming four laps from the finish. Tanner Carrick won his first career series race in 2019 just three laps from the conclusion.

Last year, on the opening night at Sweet Springs, Cannon McIntosh won the race with a stirring last lap maneuver to score the victory. On the second night, Buddy Kofoid thrived to fend off and defeat past series champion Tyler Courtney to the checkered during the final laps to score his first career series triumph.

The event will also feature the Non-Wing Outlaw Micro Sprints.

On Sunday, pits open at 2:30pm CDT with the pit sweep occurring at 3pm. Front gates open at 4pm while cars hit the track at 6pm CDT with qualifying and racing to immediately follow.

General admission tickets for Sunday at Sweet Springs are $20 with children age 12 and under free. USAC member pit passes are $30 with non-members $35. Tickets will be available at the gate on both race days.

The John Hinck Championship at Sweet Springs will be streamed live on FloRacing at https://bit.ly/3dgONXz. 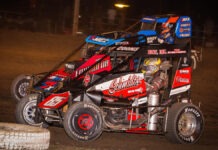