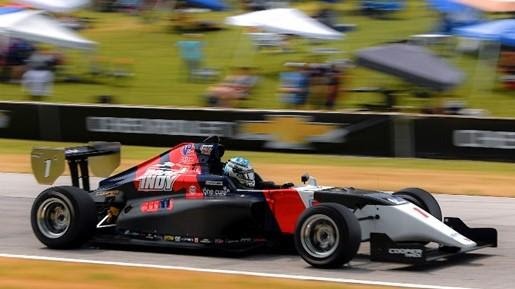 Both USF2000 and Indy Pro 2000 are key steps on the highly visible Road to Indy Presented by Cooper Tires, a scholarship-supported driver development platform to the NTT INDYCAR SERIES and Indianapolis 500. The recently announced USF Juniors is a pre-step to the ladder system offering its champion a scholarship package to enter USF2000.

USAC Racing has enjoyed a storied history since being formed in 1956 as a sanctioning body for the United States National Championship and the Indianapolis 500. While its portfolio is best known in the circle track arena with Silver Crown, Sprint, Midget and .25 Midget sanctioning, it now governs a diverse motorsports platform which also includes the SRO World Challenge, Porsche Sprint Challenge and the SPEED Energy Stadium SUPER Trucks.

“Thirty years ago when I first announced the USF2000 series launch in 1991, USAC stepped up and was my first sanctioning body,” said Dan Andersen, Owner and CEO of Andersen Promotions. “We’ve come full circle and I am very pleased to be back with them and look forward to a long-term relationship. USAC Racing is widely recognized for its operation of Midgets, Sprint cars and Silver Crown cars but they are also becoming increasingly prominent in road racing with Porsche and SRO. This is a great sanctioning body, and we are proud to be with them.

“I would also like to thank INDYCAR, which has sanctioned the Road to Indy since its inception in 2010. INDYCAR’s focus is, understandably, on series it owns and operates. We’ll continue to use their services on race weekends and look forward to our ongoing relationship as a support series where our drivers continue along their path toward the NTT INDYCAR SERIES.”

USAC Racing sanctioning services will include licensing and membership management, which will result in cost savings for teams and drivers. Andersen Promotions will continue to contract the services of INDYCAR for Race Control, Timing & Scoring and the AMR INDYCAR Safety Team with all events on its 2022 calendar for USF2000 and Indy Pro 2000 in support of the NTT INDYCAR SERIES.

The Road to Indy will be back in action later this month with its traditional Chris Griffis Memorial Open Test at the Indianapolis Motor Speedway road course on October 30/31. The outing will feature all three levels of the ladder including Indy Lights Presented by Cooper Tires, which is owned by INDYCAR and will continue to operate under its sanction.

About USAC: Since 1956, United States Auto Club (USAC Racing) has proven itself as being the most diversified motorsports sanctioning body in the world. It is the official sanctioning body of many of today’s largest racing series including its own suite of circle track series in Silver Crown, Sprint, Midget and .25 Midget racing, SRO World Challenge, Porsche Sprint Challenge, NRX Rallycross, American Rally Association, International Snowmobile Racing, Robby Gordon Stadium Trucks, Ultra 4 Racing, Red Bull Scramble Series and USAC Karting. USAC has over 20,000 competitors racing at more than 1,000 sanctioned events globally.