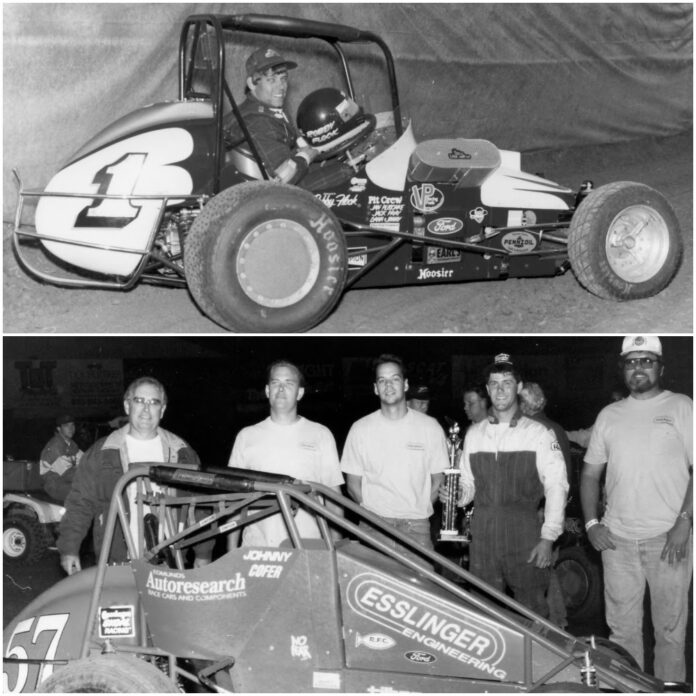 Additionally, six USAC National Midget wins are a part of Flock’s resume, with three in 1989 at Eagle, Neb., at Yuma, Ariz. and at Eldora Speedway’s 4-Crown Nationals in Rossburg, Ohio. Further National wins came at El Centro, Calif. in 1992, the Belleville (Kan.) Midget Nationals in 1996 and at Mount Lawn Speedway in New Castle, Ind. in 1997.

Standing beside Flock on the podium that night in the third position was Cofer (Macdoel, Calif.), which was his best result in five Turkey Night midget starts between 1988 and 1996. The 1994 USAC Western States Midget titlist tallied half of his 10 career series wins at Ventura, and his lap of 11.675 sec. from 1995 still remains the one-lap track record to this day after 26 seasons.


Cofer can count two USAC National Midget wins to his credit with his first coming in 1991 at Rocky Mountain Speedway in Denver, Colo. while the second came arrived at Ventura during the 1994 campaign.

The 80th running of the ARP Turkey Night Grand Prix will pay a winner’s share of $10,000 for the feature winner of the storied USAC NOS Energy Drink Midget National Championship 98-lap feature event.

ARP, the world leader in fastener technology, is the title sponsor for the for the famed race at the 1/5-mile dirt oval that sits right on the beach. The event dates back to the origins of midget racing and maintains its prestige today as one of the crown jewels of dirt track auto racing.

For the first time in 2021, the Turkey Night Grand Prix will be contested on Saturday, November 27, with practice and sprint car prelims the night before on Friday, November 26.

The race will serve as the season finale for the USAC NOS Energy Drink Midget National Midgets in 2021.

Tickets for the Turkey Night Grand Prix are now on sale at www.venturaraceway.com. For more information, please call (805) 985-5433.