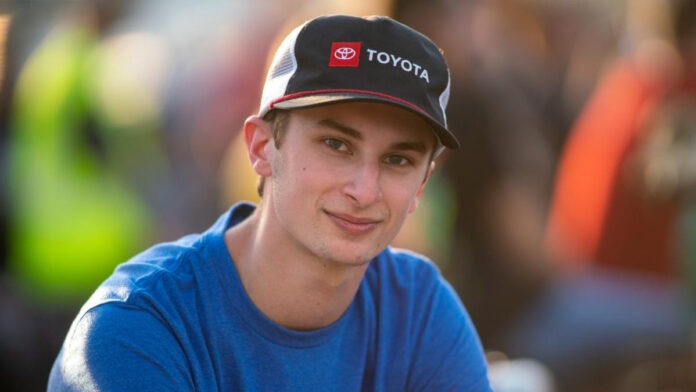 SPEEDWAY, IN – Buddy Kofoid stormed out of the gates and never relented throughout the 18th edition of USAC Indiana Midget Week in 2022, earning victories in the first two events to become the mini-series’ third back-to-back champion.

The Penngrove, Calif. native’s consecutive IMW titles joined him with Shane Cottle (2005-06) and Rico Abreu (2014-15) in accomplishing the feat, and Kofoid’s triumphs in the first two features of the week made him just the second driver in the history of the series to do just that, and the first since Kyle Larson to do so in 2020.

En route to a 36-point margin of victory in the final standings, Kofoid provided his Keith Kunz/Curb-Agajanian Motorsports team its seventh Indiana Midget Week championship, following in the steps of Christopher Bell (2013), Abreu (2014-15), Spencer Bayston (2018), Logan Seavey (2019) and Kofoid himself (2021-22).

The driving record of Kofoid throughout Indiana Midget Week included four finishes inside the top-five and all five results residing within the top-10. His successive wins were subsequently followed by a 2nd at Tri-State Speedway, a 9th at Lincoln Park Speedway and a 5th at Kokomo Speedway, while also securing fast qualifying time on two occasions at Lawrenceburg and Tri-State.

At Bloomington, Kofoid became the first reigning Indiana Midget Week titlist to collect an opening night IMW feature victory in the following year since 2005 champ Shane Cottle achieved the feat in 2006. Like Cottle, Kofoid used it as the springboard he needed to push him toward a back-to-back Indiana Midget Week throne. In doing so, Kofoid escaped the clutches of Chance Crum (Snohomish, Wash.) who led the first 24 laps at Bloomington and just narrowly missed earning his first career USAC National Midget victory by taking a personal-best 2nd at the finish line.

Despite Lawrenceburg Speedway being his own self-described “favorite racetrack,” Kofoid had felt the frustrations of finishing as the runner-up during the 3/8-mile dirt oval’s USAC Indiana Midget Week round in each of his two previous appearances in 2020 and 2021.

In an unpredictable event filled to the brim with its share of drama, tempers and an incalculable amount of madness for 30 laps, Thomas Meseraull (San Jose, Calif.) maintained his stranglehold in USAC National Midget competition at Haubstadt’s Tri-State Speedway. With all those things and more hanging in the balance, Meseraull was forced to fend off Kofoid amid his bid for a record-tying fifth-straight win that would’ve equaled Rich Vogler in 1978.

As it turned out, it took near perfection for Meseraull to prevent Kofoid from achieving perfection himself, as he thwarted several Kofoid slide jobs throughout the duration on the path to his third career series victory at Tri-State to remain the only multi-time USAC National Midget feature winner at the track dating back to 1969.

The 17-year-old Denney, making just his sixth career USAC National Midget start, had to do it by tracking down one of the all-time greats in USAC Triple Crown champion Jerry Coons Jr., getting by for the top spot when he snuck by Coons on the bottom of turn four with 11 laps remaining.

Earlier in the evening at Lincoln Park, the storyline that was buzzing all over the racing landscape was delivered during qualifying in which the top-four fastest times were turned in by four women: fast-time Jade Avedisian (Clovis, Calif.), Kaylee Bryson (Muskogee, Okla.), Taylor Reimer (Bixby, Okla.) and Mariah Ede (Fresno, Calif.). The feat is most likely the first of its kind in auto racing.

A night later, Mother Nature claimed the event at Gas City I-69 Speedway after qualifying and all four heat races had been completed. Ma Nature tried its best to intervene in the following night’s round at Kokomo Speedway with two separate rain delays which pushed the finish of the event to after midnight. However, it was unable to contain Cannon McIntosh.

Entering the event, McIntosh (Bixby, Okla.) had endured a more than 20-month absence from USAC victory lane, a span of 57 series races without a triumphant celebration. But this one belonged to him as he raced past Justin Grant nine laps in on his way to victory, which came after a miserable week leading up to that point which featured a destroyed racecar, a backup that wouldn’t work properly, a multiple-tire trailer blowout, mechanical issues, then having his brother deliver a new frame from Oklahoma to Indiana so that the team could pull an all-nighter to put it together in time for the next race.

As it turned out, that was the conclusion of Indiana Midget Week 2022, which was cut short a night early when the rescheduled Circle City date on Sunday was washed out by more rain.

Bryson turned in what might’ve been the finest run of all throughout the week when she charged from the 22nd starting position to finish 4th at Tri-State, passing quote unquote “a crap ton of cars” in the process. 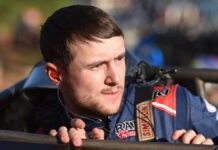 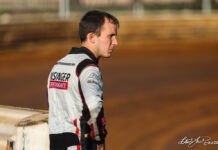