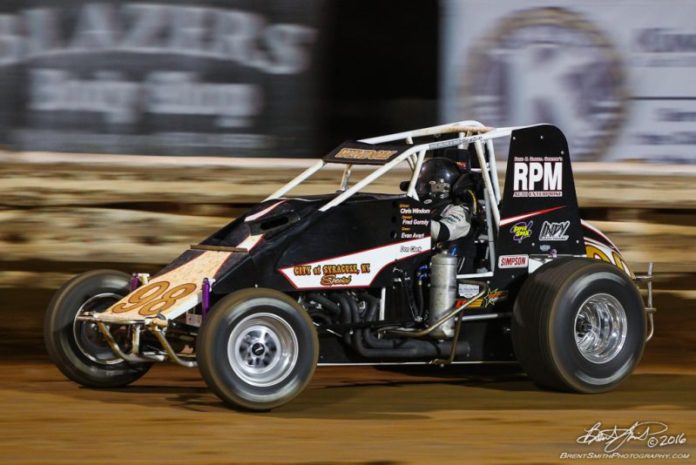 Phoenix International Raceway, a venue synonymous with USAC Silver Crown racing for more than two decades, returns to the 2017 schedule after an eight-year absence.

The highly-anticipated return of the big cars to the mile in Arizona’s Valley of the Sun arrives on Saturday, April 29 on the same bill as the IndyCar Series race later that night.

The roar of champ car engines fell silent at PIR after Cole Whitt’s victory in 2009 on the racy, triangular-shaped paved track, but the series is back this season as it embarks on its 47th season of competition with a schedule as balanced as it’s ever been. Six dirt and five pavement events are on tap for the 11-race docket for 2017.

The series opens on the dirt at Indiana’s Terre Haute Action Track on Apr. 2 for the “Sumar Classic.” On May 25, the 63rd running of the “Hoosier Hundred” makes it traditional stop at the Indiana State Fairgrounds mile. In June, amidst the “Eastern Storm” series for the USAC AMSOIL National Sprint Cars, the Silver Crown cars take on Mechanicsburg, Pennsylvania’s Williams Grove Speedway on June 16.

The series closes out the 2017 calendar with three-straight races on the dirt, beginning with a pair of events on the two legendary mile tracks in Illinois. The “Bettenhausen 100” at Springfield’s Illinois State Fairgrounds on Aug. 19 is the longest-running of all Silver Crown events with roots dating back to 1934.

The Du Quoin State Fairgrounds, host of the Sept. 3 “Ted Horn 100,” is one of just three racetracks on the series’ 2017 schedule to have been on the schedule in every single year of USAC’s existence since 1956 (Indiana and Illinois State Fairgrounds).

The season closes with the Sept. 23 “4-Crown Nationals” at Eldora Speedway in Rossburg, Ohio – the only event in which one can witness all three of USAC’s National Divisions (Silver Crown, National Sprint and National Midget) at the same track on a single night.

The pavement portion of the schedule is an array of flat and high-banked surfaces ranging in size from a half-mile to a full-mile. Phoenix serves as the pavement season opener as well as the series’ sole visit to the west on Apr. 29.

Lucas Oil Raceway in Brownsburg, Indiana is the lone track scheduled to host multiple Silver Crown events this season with the “Carb Night Classic: The Race Before the 500” on the Friday of Memorial Day weekend on May 26 and the “Rich Vogler/Hall of Fame Classic” on July 20.

The Silver Crown cars return to Salem for the final round of pavement for the season one year after making their first stop at the .555-mile, high-banked oval since 1988. As it has since 1958, the event honors the lives of National Sprint Car Hall of Famers and Indianapolis 500 veterans Joe James and Pat O’Connor. 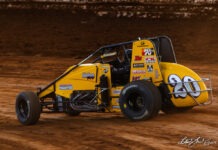