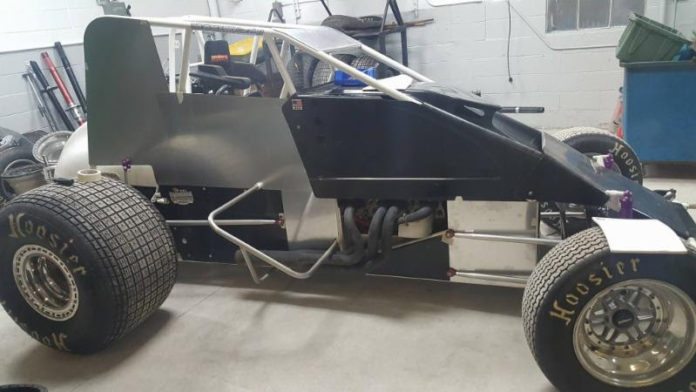 Defending USAC Silver Crown champion Chris Windom will sport a new look in the 2017 season as he takes the wheel of the Kazmark Motorsports No. 92, a team that makes its return to the series after a 16-year hiatus.

Windom, of Canton, Illinois, was a consistent front-runner in each and every series race on both the dirt and pavement surfaces in 2016, becoming the first driver since Jimmy Caruthers in 1975 to finish in the top-five in all the Silver Crown races in a single season.
Windom’s ride will be fielded by Kazmark Motorsports, a team that makes its first entry into the USAC Silver Crown division since the 2001 Hoosier Hundred with driver Ricky Shelton. The team plans on competing for a series championship with Windom in 2017 and will utilize a Beast Chassis with Toyota power on pavement and a Maxim Chassis with Mopar power on the dirt.

Windom finished the 2016 season at the top of his game. His ongoing streak of top-six finishes in USAC National points-paying races dates back to the July 17, 2016 “Indiana Sprint Week” date at the Terre Haute Action Track. He was also the only driver to earn three straight USAC AMSOIL National Sprint Car feature victories last season, which included the “Jim Hurtubise Classic” at Terre Haute and a sweep of both nights at Arizona Speedway’s “Western World Championships.”

In Silver Crown competition, Windom collected three victories, including a pair of classic duels on the dirt. In June, Windom held off a hard-charging Bryan Clauson on the final lap to take the Horn/Schindler Memorial at Pennsylvania’s Williams Grove Speedway. On Labor Day weekend, Windom passed Jeff Swindell in the final laps to win the “Ted Horn 100” at the Du Quoin (Ill.) State Fairgrounds. Windom concluded the season in winning fashion with a dominating victory at Ohio’s Eldora Speedway during the “4-Crown Nationals.”

Team owner Gene Kazmark is no stranger to victory lane with the Silver Crown cars as he was a part of the 1997 “Copper World Classic” winning team with driver Jimmy Kite and team partners Bob Hoerner and Bill Stapleton. Hoerner, himself a two-time winner as an owner with Kite as well as Dave Steele at Indianapolis Raceway Park (now Lucas Oil Raceway) in 1999, will serve as the crew chief.


Windom and Kazmark will make their debut in the season opener at the Terre Haute Action Track on Sunday, April 2 for the “Sumar Classic.”