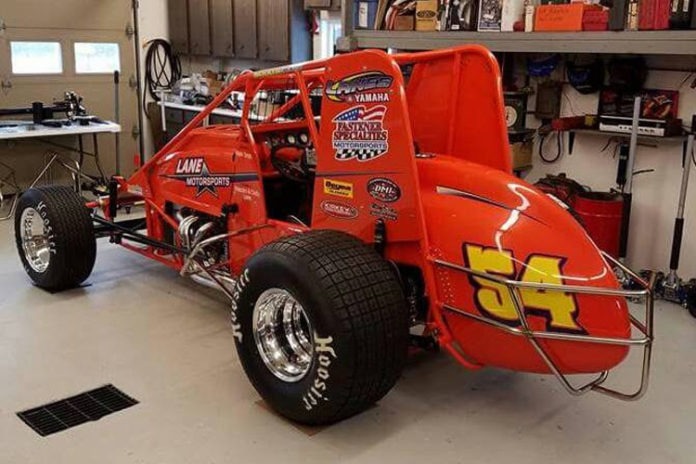 As a new season embarks, a new crop of rookies has emerged to take on the task of racing in the USAC Silver Crown Championship in 2017. In this Sunday’s season-opening “Sumar Classic” at Indiana’s Terre Haute Action Track, twelve rookies have entered to compete on the legendary half-mile dirt oval.

To be designated as a rookie in Silver Crown, a driver must not have competed in more than four main events in the series during their career.

Three drivers have full intentions of running the schedule of races on both the dirt and the pavement this year including five-time USAC/CRA AMSOIL Sprint Car champion Damion Gardner. Gardner, the most heralded of the 2017 Silver Crown rookie class, has been a mainstay in USAC’s national and western divisions for much of the past two decades, yet he has only competed in a single Silver Crown race: the 2008 “Copper on Dirt” at the defunct Manzanita Speedway in Phoenix, Ariz. The Concord, Calif. native will compete for the Klatt Enterprises team with Bob East Dave Brzozowksi on the wrenches.


Columbus, Indiana’s Joss Moffatt is new to the Silver Crown scene with car owners Williams & Wright Racing, but he has earned plenty of accolades for his driving achievements over the course of his career, which includes Lawrenceburg (Ind.) Speedway Sprint Car track titles in 2007, 2009 and 2015. Meanwhile, Travis Welpott of Pendleton, Ind. makes his first foray into Silver Crown with his own team after racing after a couple decades competing in midgets and sprint cars. The driver of the familiar No. 18 is the 1993 UMRA TQ Midget champ as well as the 2000 NAMARS Midget titlist. In 1998, Welpott finished eighth in the USAC National Midget point standings.

Hunter Schuerenberg has already found USAC victory lane once this year, back in February’s “Winter Dirt Games VIII” AMSOIL National Sprint Car season-openers in Ocala, Fla. The Sikeston, Missouri native owns nine career USAC Sprint victories, but aims to tally one this season in the Silver Crown series in which he owns just one career start, less than a year ago in June of 2016 at Gateway Motorsports Park in Madison, Illinois. The veteran racer is one of two series rookies a part of the Gene Nolen Racing stable along with Elizabethtown, Indiana’s Dakota Jackson. Jackson possesses just three Silver Crown starts, including one in 2016 and a pair in 2014. Jackson made his series debut at Terre Haute’s “Sumar Classic” in 2014. His USAC Sprint Car successes include a third in the “Haubstadt Hustler” at Indiana’s Tri-State Speedway in September of 2015.

Tyler Courtney burst onto the scene in last season’s USAC AMSOIL Sprint Car National Championship season, including a comeback victory from the 24th position to win his first career series race at Gas City I-69 Speedway during “Indiana Sprint Week” in July of 2016. After making a couple starts in 2015, Courtney returned to Silver Crown action in the final race of last year’s season in the “4-Crown Nationals” at Ohio’s Eldora Speedway. The Indianapolis, Ind. resident, who will wheel a Hans Lein-owned machine on Sunday, racked up ProSource Fast Qualifying time on his way to career-best third-place finish.

Mark Smith is a highly-accomplished racer in the world of 360 Sprint Car racing has twice taken the honor of “King of the 360s.” Smith’s returns to the series aboard Mal Lane’s new orange No. 54 at Terre Haute. Smith’s Silver Crown career began in 2003 on the pavement at Nazareth (PA) Speedway before making a triumphant return last season where he made two successful starts in which he was the highest “rookie” finisher: a ninth in the “Hoosier Hundred” at the Indiana State Fairgrounds and a sixth at the “Horn/Schindler Memorial” at Pennsylvania’s Williams Grove Speedway. Another Keystone State racer, Super Sportsman veteran Dave Berkheimer, made two Silver Crown starts in 2016 at his home track of Williams Grove and the season-finale at Eldora and returns once again this season in his own No. 31.

Springfield, Illinois driver J.C. Bland has the most experience of the Silver Crown rookie contingent, making four Silver Crown starts over the last couple of seasons in the Bland Brothers Enterprises No. 5. Fellow Springfield racer Korey Weyant eyes his first Silver Crown start Sunday in the No. 99 at Terre Haute. Weyant, a veteran sprint car and midget racer himself, comes from a racing lineage that includes his grandfather, Chuck, a four-time Indianapolis 500 starter, 10-time USAC National Midget feature winner and a AAA Midget victor at Terre Haute in 1955.

Meanwhile, a couple drivers are looking to make their first ever appearance in a USAC National event. Johnny Petrozelle, a versatile veteran from Denton, North Carolina has logged many laps in winged sprint cars, midgets, modifieds, stock cars, you name it, but his first adventure in a Silver Crown car comes this Sunday at Terre Haute. Petrozelle’s team, Cornell Racing Stables, has long cemented its place in the USAC National Midget record books by virtue of their eight feature victories between 1967 and 1979 with drivers Bob Hare, Roger West, Gary Ponzini and Rich Vogler.

Additionally, the Hardy Boys Racing team, who won the “Sumar Classic” with Shane Cockrum in 2015, will field a second car for David Shain of Sullivan, Ill. Shain has extensive experience in UMP Modifieds and has traditionally run well on the one-mile dirt tracks over the years. Shain is the nephew of former Silver Crown competitor Steve Adams.

Does a new rookie winner emerge this Sunday, April 2 at the Terre Haute Action Track? It’ll be interesting to see how it plays out with the biggest “Sumar Classic” field since 1998 expected to sign-in. Thirty-five drivers and cars are on the list of for this year’s 100-lap showdown in Terre Haute. The list includes some of the most decorated racers in USAC history as well as one of the strongest fields top-to-bottom seen in several seasons. Among them are USAC Triple Crown champ Jerry Coons, Jr., plus additional past Terre Haute Silver Crown victors Bud Kaeding (2006), Kody Swanson (2014), Shane Cockrum (2015) and defending winner Leary, who continued a streak of different “Sumar” winners last April that dates back to 1999.

Defending Silver Crown champion Chris Windom begins his title defense with the return of Kazmark Racing, who is fielding a car in the series for the first time since 2001. Reigning USAC AMSOIL National Sprint Car champion Brady Bacon eyes the addition of one of the few missing pieces to his racing resume: a victory in the Silver Crown series. Past Silver Crown series winners also make up the bulk of the “Sumar” driver lineup, including Aaron Pierce, David Byrne and Shane Cottle.

Pit gates for the Sunday, April 2 “Sumar Classic” open at 1pm while the grandstands open at 3pm. Silver Crown hot laps begin at 3:30pm with Silver Crown qualifying pushing off at 4:40pm. Racing begins at 5:15pm.

Tickets for the event can be purchased now at http://www.usactickets.com/. Adult infield tickets start at just $15 while children age 10 and under are FREE! Adult grandstand tickets are $25. Fans will receive a free pit pass upgrade with an advanced general admission ticket purchase, which is good for pit entry after 3pm only. Pit Passes are $30 for USAC/UMP Members and $35 for non-members.

For fans who are unable to make the trip in-person, the “Sumar Classic” will be streamed live on http://www.SpeedShiftTV.com/. Race fans can watch on-demand one day after the event at http://www.Loudpedal.TV/.