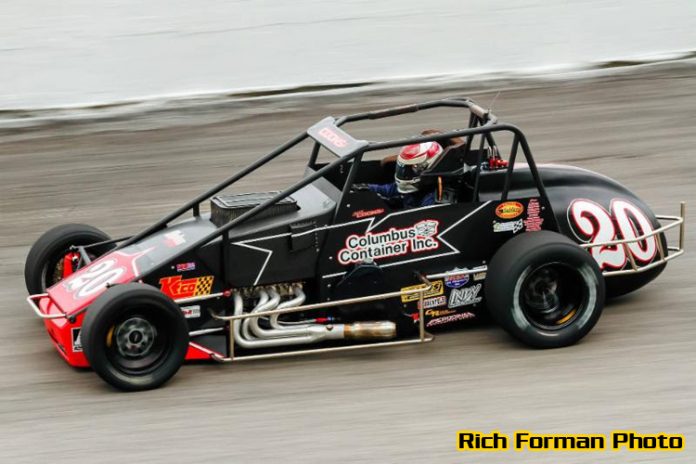 The journey to Phoenix Raceway is a trail that has been journeyed numerous times throughout USAC’s illustrious history. A.J. Foyt christened the new mile track back in 1964 and, from there on, visits by USAC’s premier series to Phoenix became an annual can’t-miss-event in which fans and teams from all over annually migrated to the southwest for a weekend of speed.

From 1987 through 2009, the USAC Silver Crown series put on race after memorable race, many of which are still remembered fondly to this day, in the traditional “Copper World Classic” which provided an open-wheel heaven for race fans and drivers alike to kick off the season.

In recent years, that trail to Phoenix has fallen silent. But, this coming Friday and Saturday, April 28th and 29th, the tumbleweeds have vanished into the desert horizon and the trail gets dusted off once again as the stars of USAC Silver Crown racing make their triumphant return to the Valley of the Sun.


The “Phoenix Copper Cup” begins a revitalization of the Silver Crown division’s pavement side of the schedule. New teams have emerged, bringing an air of excitement that is more than a welcome sight.

Starting off the list is defending series champ Chris Windom. In April alone, the Canton, Illinois driver has already taken a pair of USAC AMSOIL National Sprint Car victories and kicked off the month by winning the Silver Crown season-opening “Sumar Classic” at the Terre Haute Action Track. Prior to this season, Windom had never won a USAC National race this early in the season, but could head into May with four under his belt if he can stake his claim in Phoenix.

Tanner and Kody split won a pair on the asphalt a year ago with Tanner taking the first two at IRP and Gateway Motorsports Park while Kody went two-for-two as the DePalma Motorsports went back-in-black with the 63’s new paint scheme to grab the last two rounds at IRP and Salem Speedway.

The lone representative of the state of Arizona entered for the event is Tucson’s Jerry Coons, Jr. One of six USAC Triple Crown champions, Coons has not yet reached the pinnacle at Phoenix, finishing in the runner-up position of the 2007 edition. This Saturday, Coons plans to add one of the very few items he’s missing from his Hall of Fame resume.

USAC AMSOIL Sprint Car National Championship point leader Justin Grant will make his first Phoenix appearance as he eyes his first Silver Crown victory. The winner of National Sprints’ most recent race a week ago in Plymouth, Indiana will take the wheel for the Hemelgarn/Carli Motorsports team. If you recall, Ron Hemelgarn and crew chief Dennis LaCava have already been to Phoenix Raceway victory lane once before in an Indy Car when their driver, Buddy Lazier, raced from 26th to 1st in the year 2000.

Eleven-time Indianapolis 500 starter Davey Hamilton and his son, Davey Hamilton, Jr. are aiming to become the first father and son to compete in the same Silver Crown race since Wayne Reutimann, Sr. and Jr. at Phoenix 10 years ago in 2007. Davey Hamilton himself is a five-time winner of the Supermodified portion of the “Copper World” and is one of nine drivers entered who have previous Phoenix Raceway experience.

USAC/CRA AMSOIL Sprint Car division’s winningest driver, Damion Gardner, is a master on the dirt with 72 series victories to his credit, but this weekend, he makes his pavement Silver Crown debut. He will face a number of pavement standouts and series race winners who have previous experience at Phoenix including Bobby Santos, Aaron Pierce and David Byrne.

Saturday’s schedule for the Silver Crown cars starts at 2pm when cars and drivers make their way to pit road. The green flag for the 100-lap, 100-mile race is set for 3pm.

Can’t make it to Phoenix in-person? Watch flag-to-flag coverage of the event a day after, on-demand at http://www.Loudpedal.TV/!