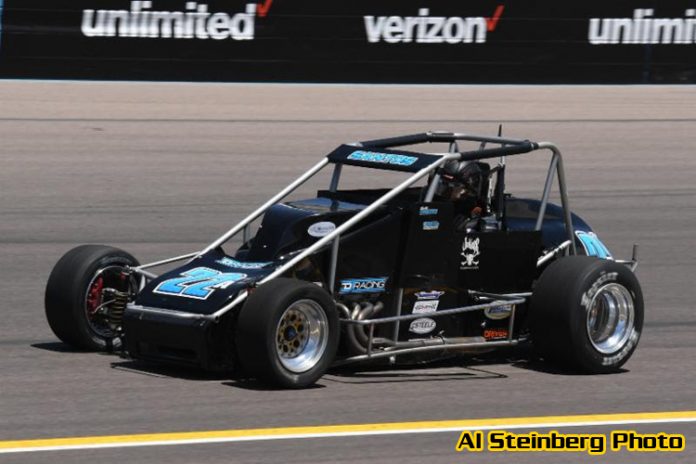 PHOENIX, AZ – Bobby Santos picked up right where he left off in his last trip to Phoenix Raceway eight years ago, posting the fastest time in USAC Silver Crown presented by TRAXXAS ProSource Qualifying to win the pole for Saturday’s “Phoenix Copper Cup.”

Franklin, Massachusetts’ Santos, the 2009 winner of the USAC National Midget portion of the “Copper World Classic,” set the mark at 25.362 seconds, just a tick under 142mph and narrowly missing Dave Steele’s 2004 mark of 25.317.

“We cut a pretty good lap,” Santos said. “On the first lap, the car was tight and I anticipated it to be tight again on the second lap. But it came in a little better on that second lap. I wasn’t anticipating that. Overall, we had a great run. I’m really excited to be back here at Phoenix. I really love coming here.”

Starting alongside Santos on the front row will be two-time series champ Kody Swanson of Kingsburg, California.

Tucson, Arizona native Jerry Coons, Jr. and defending series champ Chris Windom did not make qualifying attempts. Coons’ Nolen Racing ride experienced clutch problems. Windom was uninjured after heavy contact with the back straightaway wall in practice, putting his Kazmark Racing No. 92 on the sidelines for the remainder of the weekend.

WILL NOT START:
Chris Windom, 92, Kazmark-NT