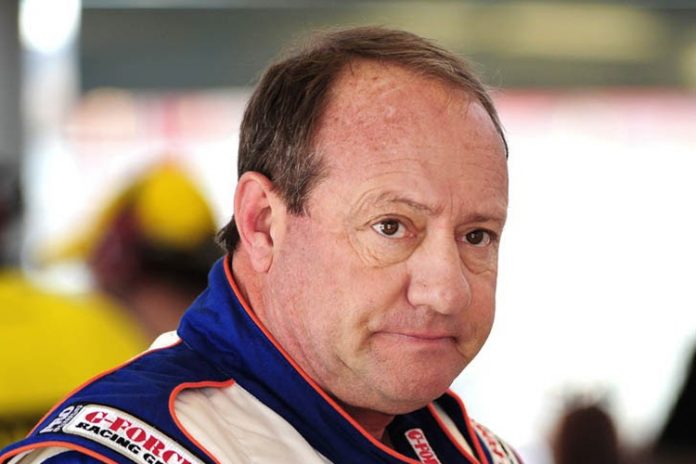 USAC Hall of Famer and versatile dirt track racing legend Ken Schrader returns to the seat of a USAC Silver Crown car on dirt for the first time in 32 years when he hits the track for the September 3rd “Ted Horn 100” at the Du Quoin State Fairgrounds in Illinois.

Schrader, the 1982 Silver Crown champ and 1983 USAC National Sprint Car titlist, will take the reins of the McQuinn Motorsports No. 14, a car that has been a staple of the Silver Crown circuit for decades.

Schrader’s most recent Silver Crown appearance came on the pavement at Lucas Oil Raceway in Brownsburg, Indiana back in 2014 where he placed 10th. In fact, just one of his six career Silver Crown wins has come on the dirt, his very first, in the 1983 “4-Crown Nationals” at Eldora Speedway in Rossburg, Ohio. Subsequent Silver Crown wins all came on the pavement at Indianapolis Raceway Park in 1986 and 1989, plus three wins in the “Copper World Classic” at Phoenix International Raceway in 1987, 1989 and 1990.

Schrader is one of just four drivers to have raced a champ car at Du Quoin and won the pole for the Daytona 500 in his career, which he did three years in a row in 1988, 1989 and 1990. The only others to accomplish both are A.J. Foyt, Jeff Gordon and Carl Edwards.


See Schrader and a top-notch field of drivers at Du Quoin on Sunday night, September 3. Pits open at 1pm. Grandstands open at 4pm. Silver Crown practice runs from 5pm to 6:10pm. ProSource Qualifying starts at 6:30pm. Silver Crown qualifying race gets underway at 7pm with pre-race ceremonies at 7:30pm and the “Ted Horn 100” at 8pm.

Advanced adult reserved tickets are $25. Adult tickets purchased on the day of the event are $30. Children 11 and under are $10. Pit passes are $35 for adults and $20 for children age 11 and under.