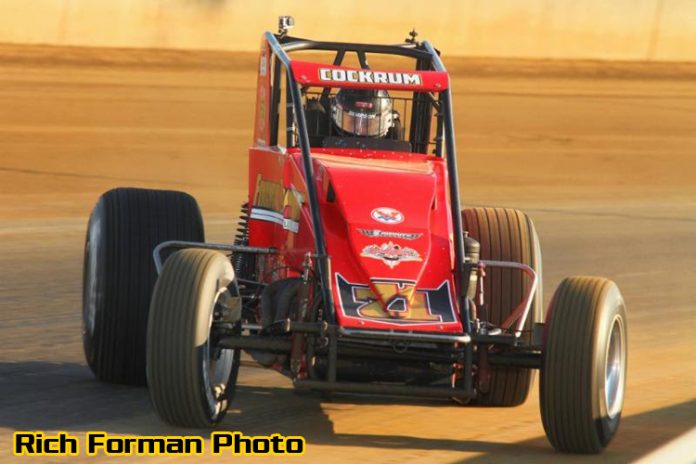 The largest “Ted Horn 100” car count in over a decade is expected this Sunday, September 3, for the return of the USAC Silver Crown Champ Car Series presented by TRAXXAS racing to the “Magic Mile” at the Du Quoin State Fairgrounds.

Thirty-eight cars have entered, making it the most expected entrants for the event since 2004.

The list is highlighted by eight past Du Quoin victors leading off with defending race winner Chris Windom. The St. Louis resident engaged a spirited duel with 1990 race winner Jeff Swindell down the stretch, taking the lead from Swindell with just three laps remaining to score his first win on a dirt mile. Windom used that victory as a springboard to a Silver Crown title in 2016, but he hasn’t won in the series since the season-opening “Sumar Classic” at the Terre Haute (Ind.) Action Track in April.

Germantown, Tennessee’s Swindell, meanwhile, has made his last two Silver Crown appearances memorable. He led a race-high 55 laps at Du Quoin on his way to a second-place run last September. Just two weeks ago, Swindell blitzed from 28th to 2nd at Springfield before Kody Swanson got back by coming to the white flag to drop him to a memorable 3rd place run to earn KSE Hard Charger of the Race honors.


Swanson, of Kingsburg, Calif., has won on all the dirt miles occupying the Silver Crown schedule, but Du Quoin has a special place in his heart as it was the venue that hosted his first series win back in 2010. The two-time Silver Crown champ and current point leader has since reeled off 17 more, but none in southern Illinois since that day.

Shane Cockrum of nearby Benton, Illinois, is the only two-time winner of the “Ted Horn 100” entered for this Sunday’s race. Back in 2015, he became just the tenth driver to win the race in back-to-back years, joining Tony & Gary Bettenhausen, Sam Hanks, Jimmy Bryan, A.J. Foyt, Al Unser, Mario Andretti, Jack Hewitt and Tracy Hines. This weekend, he can join the ranks of drivers who’ve won at Du Quoin at least three times in their champ car careers alongside Tony & Gary Bettenhausen, A.J. Foyt, Mario Andretti, Tom Bigelow, Jack Hewitt and Chuck Gurney.

Lincoln, Indiana’s Darland makes his debut appearance in Hans Lein’s No. 97 Sunday. The pair raced together on the USAC National Midget scene as recently as 2013. Similarly, Ballou of Rocklin, Calif., will take the reins of the Klatt Enterprises No. 6 for the initial time as he makes his first trip back to Du Quoin since dominating the 2013 race before running out of fuel while leading late in the race.

Four years between starts is hardly a blip compared to Schrader’s 32-year absence from action in a USAC Silver Crown car on a dirt surface. Though his last appearance in a dirt car at Du Quoin came in 1985, Schrader has been no stranger to Du Quoin’s victory lane. Not only has he won in an ARCA Stock Car on three occasions, he’s also won in a modified at Du Quoin in four of his last five appearances.

Tucson, Arizona’s Jerry Coons, Jr. set ProSource quick time in the series’ most recent event at the Springfield Mile and sits second in points behind Swanson. A Du Quoin victory not only would be his first there, it would also be his first victory in the series in three seasons.

The “Ted Horn 100” begins this Sunday with pits opening at 1pm and grandstands opening at 4pm. Silver Crown practice runs from 5-6:10pm with ProSource Qualifying scheduled for 6:30pm. Pre-race ceremonies are slated for 7:30pm with the 100-mile race ready to fire at 8pm.

Watch the full race a day after the event, on-demand, at http://www.Loudpedal.TV/.