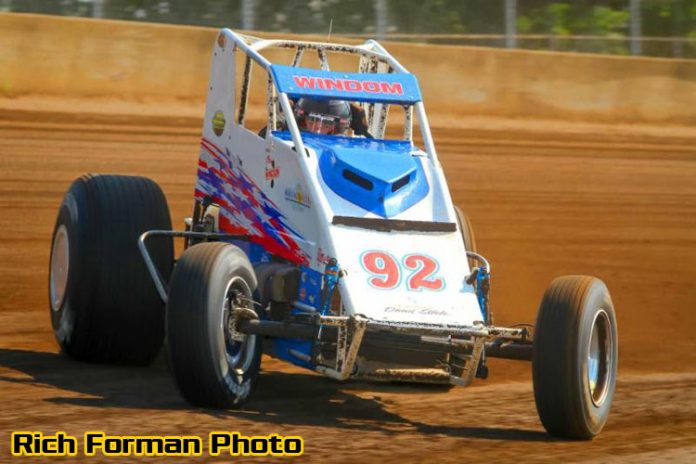 No less than 14 participants in this Sunday, September 3rd’s “Ted Horn 100” at Du Quoin have ties to the home soil of Illinois whether they are a car owner or driver. Little wonder that some on the USAC Silver Crown entry list might feel they have a ‘home field’ advantage as the series comes to the Du Quoin State Fair. There is reason for optimism among the Illini crowd.

Nine different Illinois drivers account for 16 championship dirt car victories on the Magic Mile. In fact, in the last ten years, five Ted Horn 100 races have been won by a driver with ties to the state of Illinois.

Drivers from Illinois in 2017 include Shane Cockrum of Benton, Patrick Bruns of Champaign, Chris Windom of Canton, Terry Babb of Decatur, Patrick Lawson of Edwardsville, David Shain of Sullivan, Chris Urish of Elkhart, Shane Cottle of Kansas (now in Kokomo, IN), J.C. Bland, Korey Weyant and Joey Moughan, all of Springfield.

Gary, also from Tinley Park, won both races held in 1980 and again in 1982 and 1983. Glen Ellyn’s Rich Vogler broke the Bettenhausen hold with his 1981 victory. Gary won again in 1988 with Bob Galas turning the wrenches. Galas and Delrose would win again in 1990 with Jeff Swindell.

It would be nearly two decades before someone with Illinois ties won at Du Quoin again. Shane Cottle established himself as a top modified and sprint car driver and moved to Indiana to be closer to the racing operation. He still had family in Kansas, Illinois when he got a televised win in 2007. Six years later, Elkhart’s Chris Urish scored one of the biggest upset wins in series history when he had just enough fuel to get to the checkers first. Benton’s Shane Cockrum scored back-to-back popular wins in 2014 and 2015, while Canton’s Chris Windom is the defending “Horn 100” winner and the defending Silver Crown champion.

Will a driver and/or owner from the home state prevail again? Find out this Sunday, September 3 when the “Ted Horn 100” begins with pits opening at 1pm and grandstands opening at 4pm. Silver Crown practice runs from 5-6:10pm with ProSource Qualifying scheduled for 6:30pm. Pre-race ceremonies are slated for 7:30pm with the 100-mile race ready to fire at 8pm.